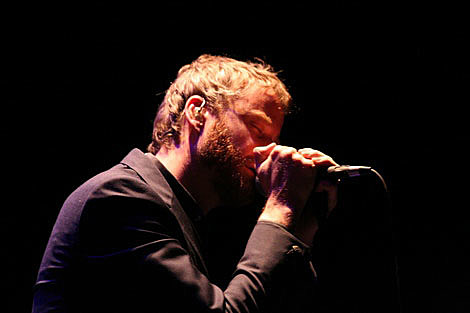 As you may have heard, there is a low quality leak of our new album, High Violet, spreading across the Internet as we speak. We wanted to let you know the New York Times will be streaming the real thing starting Friday April 23rd. We hope you'll take the time to hear the album at its intended level of quality.

High Violet will be released by 4AD worldwide on May 10th/11th.

thanks for your support!
/the national

You can get two officially released tracks from the album above.

In addition to their upcoming shows (which include Prospect Park in July and Radio City Music Hall in June), the band will be curating 5 nights of events at the 'High Violet Annex' May 11th-15th. Those will put on in conjunction with Other Music (where Scott from the band DJed for Record Store Day). It will be held at "the now-vacant space at 13 E 4th St next to Other Music in downtown NYC." That address seems to have been In Living Stereo Ltd. The flyer and the schedule (which is currently all TBAs) are below... 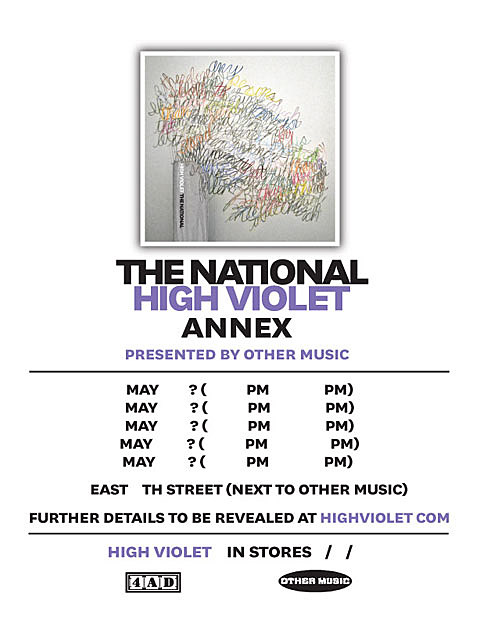