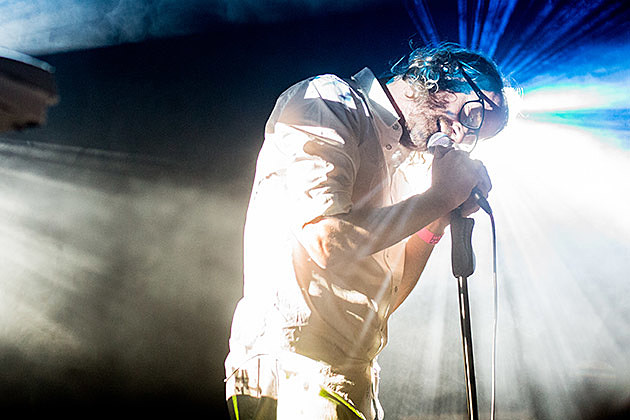 We mentioned earlier this year that The National began recording their long awaited Grateful Dead tribute album in Woodstock at Dreamland Recordings. A new Stereogum feature on the band reports that the wait will finally be over in early 2016, and that they'll once again be teaming up with the Red Hot organization to release it (the same organization the Dessners did Dark Was the Night with).

More details since the initial announcement on who's contributing to it keep coming to. The band told Stereogum that the album has "somewhere in the neighborhood of 70 contributions," now including Perfume Genius, Tunde Adebimpe (of TV on the Radio), Marijuana Deathsquads (doing "Truckin'"), Unknown Mortal Orchestra ("Shakedown Street"), Fucked Up, Daniel Rossen (of Grizzly Bear) on two songs including "Terrapin Station," Phosphorescent main man Matthew Houck, Pavement frontman Stephen Malkmus and more. Plus there's all the previously-mentioned names like Bon Iver, Sharon Van Etten, Lee Ranaldo (Sonic Youth), Ira Kaplan (Yo La Tengo), Kurt Vile & J Mascis (doing "Box of Rain" together), The War On Drugs ("Touch of Grey"), and of course The National themselves (including their take on"Peggy-O," a traditional the Dead played a lot). The latter two have been played live before, and you can check out videos of those below.

The wait for this compilation has been long, but it sounds like it'll be worth it. The National's Bryan Devendorf said, "Some of the interpretations of the songs, you hear it, and you go, 'My god, this is fucking killer.'" With a solid group of some of the best indie artists out there covering the Dead, it's hard to go wrong.

In other "indie musicians covering the Grateful Dead" news, Real Estate's Alex Bleeker and his band The Freaks doing another of their Dead tribute shows, and this one's in Brooklyn. It happens at Rough Trade on December 30. Tickets will be on sale on Wednesday (11/18) at noon. Alex Bleeker & The Freaks just played Brooklyn Bowl last week and are currently on tour in support of their new album.

All of The Freaks' upcoming tour dates are listed, with the National and War on Drugs videos, below...