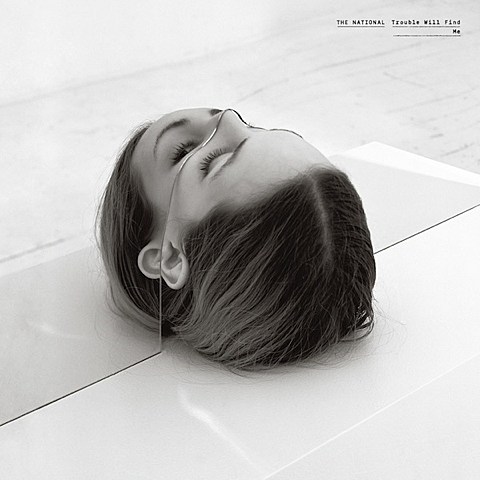 As mentioned, The National are releasing their sixth album this year, and the details on that have now been announced. It's called Trouble Will Find Me and will be out on May 21 via 4AD. That's the album art above and the tracklist is below.

The band will be going on a tour this year too, which includes their huge Barclays Center show with Youth Lagoon, as well as Bonnaroo, Lollapalooza, and Tribeca Film Fest, where a documentary on the band made by Matt Berninger's brother Tom also premieres. The National also curated Crossing Brooklyn Ferry, which happens from April 25-27 at BAM with The Roots, Solange, TV on the Radio, Julia Holter, and more.

But before any of that happens, though, National member Bryce Dessner teams up with Nico Muhly and Sufjan Stevens for Planetarium, "an evening of songs and instrumental works inspired by the solar system," which begins at BAM TONIGHT (3/21) and continues through Sunday (3/24). Tickets for all four nights are still available.

All tour dates are listed, along with the album tracklist, below...

Trouble Will Find Me Tracklist:
1 I Should Live in Salt
2 Demons
3 Don't Swallow the Cap
4 Fireproof
5 Sea of Love
6 Heavenfaced
7 This is the Last Time
8 Graceless
9 Slipped
10 I Need My Girl
11 Humiliation
12 Pink Rabbits
13 Hard to Find