The National @ The High Violet Annex (more by David Andrako) 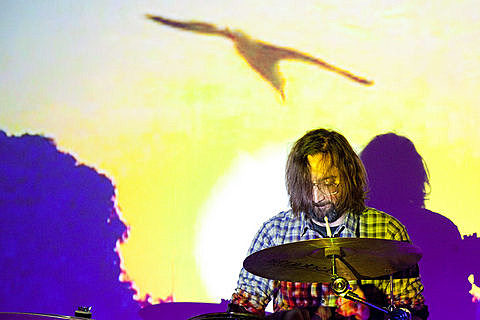 Combine the downward trend of album sales with a week of no major releases and what do you get? The fewest number of total album sales, 5.3 million, in a single week since Nielsen SoundScan started its tracking in 1991. Topping this week's Billboard chart is Justin Bieber's "My World 2.0" (Island), its fourth time in the spot, with sales of just over 60,000, barely escaping the specter of being the lowest selling No. 1 album in SoundScan's history. (The "Dreamgirls" soundtrack sold about 300 fewer copies in January 2007.) Lady Antebellum's "Need You Now" (Capitol Nashville), the year's most consistent seller, stayed at No. 2 for the fourth straight week, moving 54,000 copies.