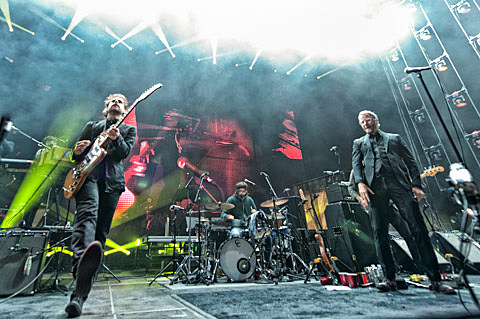 Now that the Sochi Olympics are over, NBC is back to its regular schedule. Late Night with Seth Myers made it's not-bad debut last night with its Fred Armisen-led indie-all-star house band, and The Tonight Show with Jimmy Fallon has been on since last week. Have you checked out either? Myers seemed a little stiff, still trying to get out of 'Weekend Update' mode, but there were some good comedy bits I thought.

SNL returns this week (3/1) as well with Beck as musical guest and Jim Parsons as host. Next Saturday (March 8), Girls creator/star Lena Dunham will host with musical guest The National. Way to go, guys!

Beck's new album, Morning Phase, was released today (2/25) and you can stream it on Rdio.

The National continue their world tour and will play two Celebrate Brooklyn! shows in Prospect Park in June.