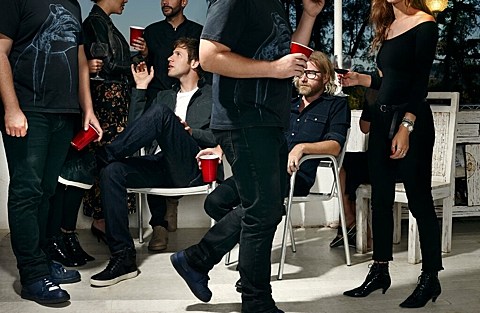 The National frontman Matt Berninger and former Menomena / current Ramona Falls frontman Brent Knopf have teamed up as EL VY ("pronounced like a plural of Elvis; rhymes with 'hell pie'"). Their debut album, Return to the Moon, will be out October 30 via 4AD, and the lyric video for its title track is out now. Matt's singing is pretty much the way it is in The National (so, really good) but musically this song is closer to bouncy '80s new wave. Watch/listen, and check out the album artwork and tracklist, below. Here's what the press release has to say about it:

Return to the Moon sounds exactly like you'd hope a collaboration between these artists would: Berninger's darkly funny, lyrical storytelling and his immediately identifiable sense of melody, offset by Knopf's playful, architectural arrangements and inventive production. Knopf explains, "I never worried about sending Matt something unfinished. He's able to imagine where it can go. He can grab the four bars that will become the
core of the track and develop them into something amazing."

The National and Ramona Falls are both currently preparing upcoming releases, so EL VY is not a replacement or a side project, but a glimpse into an alternate musical universe: a universe in which Berninger never left Cincinnati, and Midwestern punk Mecca the Jockey Club never closed. A universe in which Mike Watt and the late D. Boon of the punk band Minutemen are every bit as iconic as Mick and Keith, and a teenager's sense of rebellion is fed by the dark social politics of middle America.

"This record is more autobiographical than anything else I've written," says Berninger, "but the details aren't true. It's written in the voices of a few invented characters, composites of different people - myself, my wife, and other people I was thinking about."

The duo is also going on tour with a backing band, including two NYC shows. Those happen on November 13 at Bowery Ballroom and November 14 at Music Hall of Williamsburg. Tickets go on sale Friday (8/7) at noon. 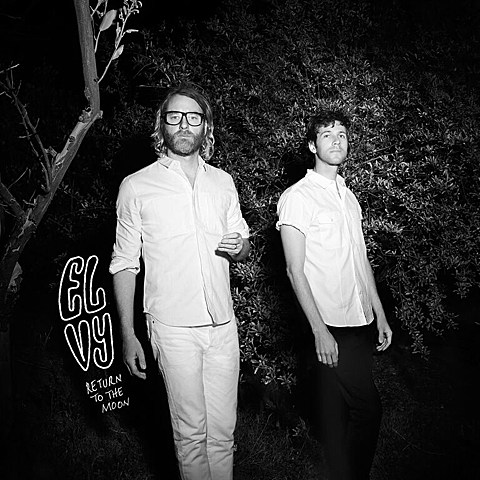