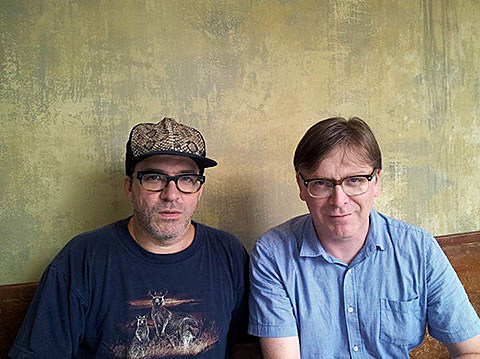 The New Mendicants -- aka Joe Pernice and Teenage Fanclub's Norman Blake -- released their debut album, Into the Lime, earlier this year. Take a listen via Rdio, and you can also hear it live if you're going to be near the Northeast this spring, including NYC at Mercury Lounge on May 1. Tickets go on sale Friday (3/14) at noon with an AmEx presale beginning Wednesday (3/12) at noon.

All dates and a stream of Into the Lime's "Shouting Match" lie after the jump...