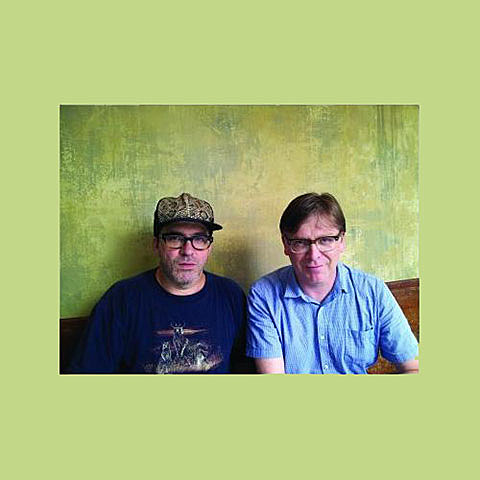 The New Mendicants, the new-ish project from non-Canadians living in Toronto Joe Pernice and Norman Blake (Teenage Fanclub), have just announced that their debut album, Lime, will be out on January 28 via Blake and Pernice's new label, XPT Records. If you like the lush, harmon-laden guitar pop that both The Pernice Brothers and Teenage Fanclub are known for, you're gonna like this too, and know pretty much what you're getting already. You can stream "Sarasota" from the album below.

While you wait for the album, The New Mendicants have a holiday 7" out now and you can stream the A-side, "A Very Sorry Christmas," below. The New Mendicants will be touring the UK and Ireland in the new year. No North American dates yet, but Joe will be out with Wesley Stace in January, and will be playing NYC solo at Rockwood Music Hall on 1/10 (tickets).

In other news, Joe tells us that a new Pernice Brothers album is on the way as well, which will be titled either Spread the Feeling or It's a Long Way Up. Look for that later in 2014.