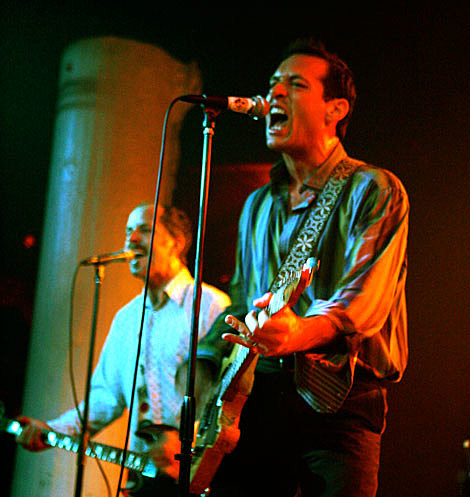 San Diego rockers The Night Marchers, who are fronted by John Reis (who also fronts Rocket from the Crypt [who are back] and Sultans) and also features two of John's Hot Snakes bandmates (Gar Wood and Jason Kourkounis) are set to release their second album, and first since 2008, Allez Allez, on January 22 via John Reis' own Swami Records. You can check out the revved up single from the album, "Loud, Dumb and Mean," at the bottom of this post (via Rolling Stone). The artwork and tracklist are below too.

The Night Marchers will be supporting the album with a few dates on the West Coast with The Intelligence and Mrs. Magician, and then will make their way over to the east for a few shows including one in NYC on March 2 at Glasslands, which Mrs. Magician is also on, but unfortunately not The Intelligence. Tickets for that show go on sale today (1/15) at noon. If you're headed to that show, you can stick around Glasslands for the late-night FIXED party with Psychemagik.

In related news, the remaining fourth of Hot Snakes, Rick Froberg, will be fronting his band Obits at two upcoming NYC shows this week: January 18 at The Rock Shop and January 19 at Cake Shop, the latter of which is a Norton Records benefit.

Song stream, cover art, tracklist, and a list of all dates are below... 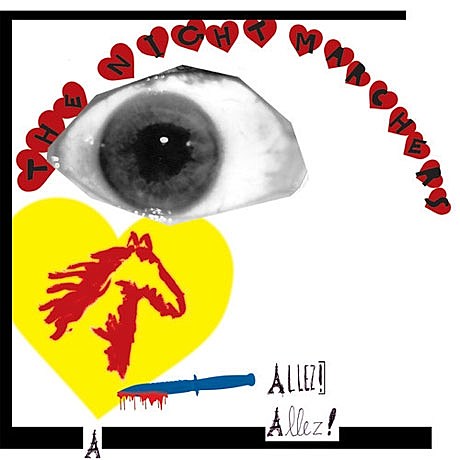