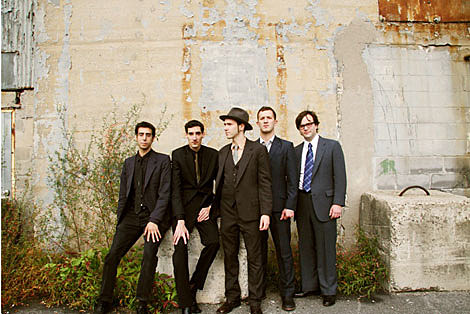 The fest stretches itself over two weeks, with shows on September 18th, 25th and 26th at locations around NYC. The full lineup and flyer are below... 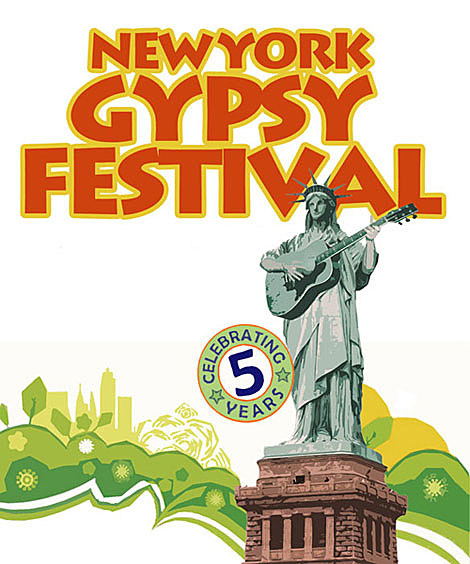 "The cultural inheritance of gypsy music is both vast and complex. When you speak about "gypsy music" you are drawing from a diaspora of countries and ethnicities where centuries-old history goes hand in hand with new innovations. The challenge for us, every year, is to keep up with the tradition's constant reinvention while not forgetting its roots: to give equal consideration to venerated legends and fiery upstarts, the urbane to the rustic, to Gypsy jazz and Gypsy punk alike.

In this, our fifth year programming the NY Gypsy Festival, we are extremely proud to say that we have achieved such balance. From the roots of the Romani people in India to the Hungarian pop charts; from an American indie rock super-group to an internationally acclaimed Turkish clarinet virtuoso; from refined and contemporary post-bop jazz to riotous everything-but-the-kitchen-sink celebrations; every show in the NY Gypsy Festival's 5th year anniversary is must-hear music. We offer you the culture of a people and hope that you welcome them, as we do, with open arms."- Serdar Ilhan and Mehmet Dede

The NY Gypsy Festival celebrates its fifth annual performance schedule with one of the most outstanding and diverse lineups of its storied history. The Festival kicks off on September 11 with what promises to be a raucous non-stop dance party from two of the City's most impressive and exciting Roma-influenced ensembles: ZLATNE USTE BRASS BAND and LUMINESCENT ORCHESTRII. Next day, meet us at South Street Seaport on September 12 for a sailing cruise around Manhattan that offers a full-length performance from all-star visionaries THE SWAY MACHINERY, featuring members of Balkan Beat Box, The Yeah Yeah Yeahs, Arcade Fire and Antibalas and a global gypsy party with beats from DJ PEPE. Unconventional, international fusion is the order of the night on September 18, as New York's own HAZMAT MODINE share the stage with the white-hot Hungarian folk-punk- pop band LITTLE COW. On September 25, legendary Turkish clarinetist BARBAROS ERKOSE plays a rare stateside set with the NY GYPSY ALL STARS, with very special guest performers FRANK LONDON on trumpet and ILHAN ERS,AHIN on saxophone. The Festival comes full circle with the final show on September 26, featuring the New York debut of RHYTHM OF RAJASTHAN, traditional folk music from India, the birthplace of the gypsies.