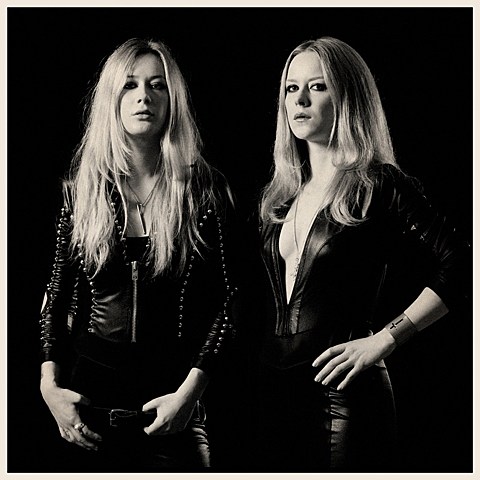 German/Swedish doom duo The Oath have split in an unexpected fashion. Today, fans of the outfit by way of their Bandcamp page received the following message:

You're receiving this email because you at one point purchased music and/or merchandise from THE OATH's Bandcamp page.

Thank you very much for this!

Since our album now is released, it's time to let you know the band is over -- and has been for quite some time.

See you in the future.

No word yet regarding the catalyst or surrounding circumstances for the break. Though, one wonders how long the two (plus two session players) have been on the outs and why they kept it together for the kids.

Formed in 2012, The Oath primarily was the concern of Sonic Ritual guitarist Linnéa Olsson and vocalist Johanna Sadonis. Dealing in trad doom in the spirit of Pentagram and Black Sabbath, the group debuted with the Night Child / Black Rainbow single in 2013. They then rode the buzz wave -- in all senses, really -- with an eponymous LP released through Rise Above Records on March 17 of this year, which we streamed a song from on Invisible Oranges.

Newsletter disseminated drama and intrigue! Metal is crazy. Find streams for the Night Child / Black Rainbow single and "Silver and Dust" from the LP below...