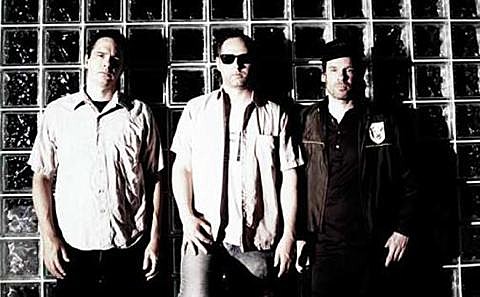 Memphis garage legends The Oblivians released Desperation, their first album in over 15 years, this week via In the Red. Says frontman Greg Cartwright (who also fronts Reigning Sound):

Between our last record as a band in '97 and now, a lot of water has passed below that bridge. We three went our own ways after that and pursued our own musical goals. Personally, I often missed the dynamic that Jack and Eric offered to my songwriting. Almost as much as I missed being given carte blanche to add a thing or two to theirs. I've played with lots of great musicians in the interim but needless to say, it's a hard itch to scratch. The dynamic between us was a singular thing. So, over the years as we would occasionally reunite for a festival or special occasion, the idea began to grow in the back of my mind--the idea of making a new record. I mean, if you're going to keep playing as a band eventually you'll want new songs to play. Because as much as we enjoyed playing together the thing I missed the most was creating together. So that's what we did.

You can stream lead single "I'll Be Gone" below and listen to the whole album via Spotify. The Oblivians have some dates coming up including one in NYC on Friday (6/7) for The Seaport Music Festival's kickoff show. Ex Cult open the show which is free, all-ages, and open to the public. Show starts at 7 PM. Flyer below.

Reigning Sound will also play a free show at the Seaport for this year's 4Knots Festival on 6/29, which also includes Kurt Vile, White Lung, The Men, Parquet Courts, and more.

Fellow garage punk/In the Red band and past tourmates The Gories also have a NYC show coming up as part of the Northside Festival. They play the New York Night Train showcase on June 15 at Brooklyn Bowl with Daddy Long Legs (tickets).

All Oblivians dates, including West Fest in Chicago, are listed below... 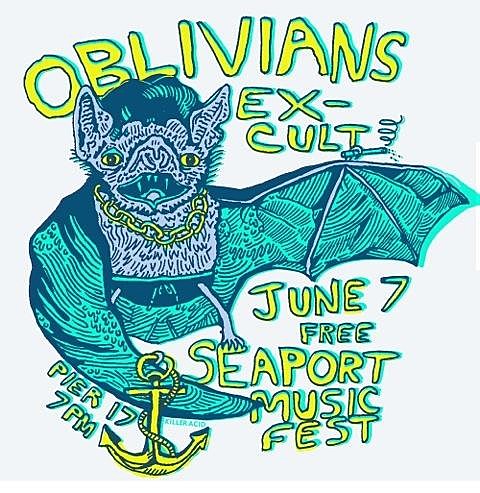