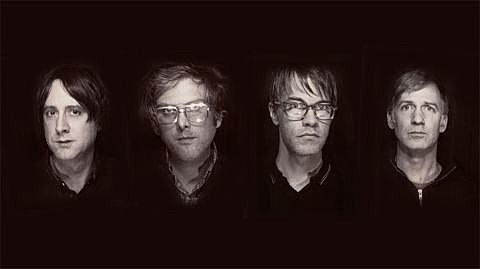 Alt rock veterans The Ocean Blue, who signed to Sire Records while still attending high school in Hershey, PA and topped college and modern rock radio charts with their 1989 self-titled album, never broke up but have been on the dormant side since 1999's Davy Jones Locker. (An EP and a couple holidays singles surfaced in the '00s.) That will change next week (3/19) with Ultramarine, the band's first album since 1999. The band's signature sound -- jazzy, atmospheric pop -- has aged nicely, as has frontman David Schelzel's voice. You can stream the album's first single, "Sad Night, Where is Morning?," below.

The Ocean Blue are in Austin this week for SXSW but will hit the East Coast in late spring, including a show in NYC on June 1 at Mercury Lounge. (Too band they couldn't fit in an NYC Popfest performance while here.) Tickets for that show go on AmEx presale on Wednesday (3/13) with the regular on-sale happening Friday (3/15) at noon.

All tour dates are listed, along with the new tracks and a few classic videos, below...

The Ocean Blue - Blow My Mind

The Ocean Blue - Between Something and Nothing

The Ocean Blue - Ballerina Out of Control