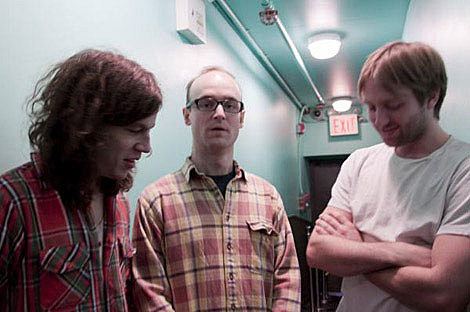 I wrote at length already about this week's Serena Maneesh shows. Now here are some other daily picks to take you through the weekend... 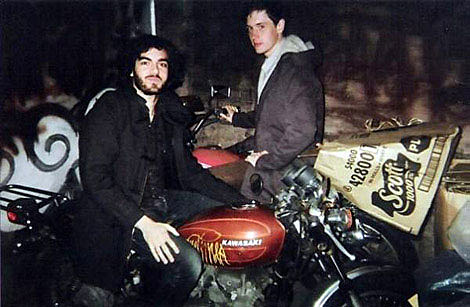 Tonight, Le Poisson Rouge thinks it's Silent Barn or something with a line-up that screams $2 Pabst: Big Troubles, My Teenage Stride, The Sundelles and Lame Drivers. But here you get to see them play on a real stage with a real soundsystem, instead of someone's kitchen with a less-than-awesome PA. I'm not sure whether it's a good thing or not. On the for sure downside, there's no PBR at LPR (well, I don't think) and most beers will run you 7$. It's a late show: doors aren't till 10pm, but Wednesday is the new "I don't have to work tomorrow."

And Charlotte Gainsbourg plays again tonight at The Bell House, though it's totally sold out. There were at least 15 standing around outside asking for tickets last night, so good luck if you're planning that route tonight. She was pretty awesome I must say. She also plays Hiro Ballroom on Saturday (also now sold out) and will perform "Trick Pony" (one of last night's highlights) on Letterman Friday night.

And of course Patti Smith, Yo La Tengo, The Antlers and more at the Haiti benefit at City Winery.

Lightspeed Champion canceled/postponed his Bowery Ballroom show that was to have happened this night, but his backing band Spacecamp have put together another gig for Thursday night at Coco66 with Your Nature. It's free. I wouldn't be surprised if Dev showed up for a couple songs, but don't quote me on that. 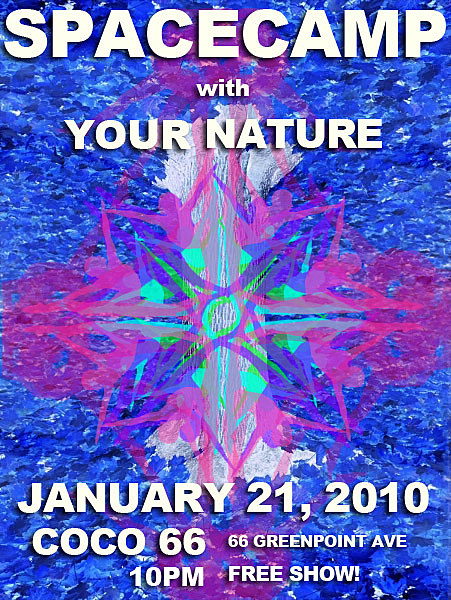 If you missed Avi Buffalo's recent string of NYC shows, you've got one more chance to see them Thursday at the Bell House opening for their Sub Pop labelmates Vetiver. Also playing this sure-to-be mellow evening: Inlets. 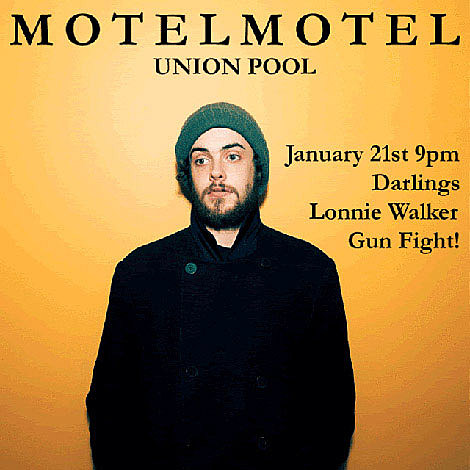 In addition to both the BV Presents Dawn Landes (early) and Serena-Maneesh (late) shows at Mercury Lounge...

Long-running locals The Octagon play Bruar Falls. It's a release party for their new album Warm Love and Cool Dreams Forever which is recommended to all who love kinda dark, kinda scuzzy, definitely melodic indie rock. (Somewhere between Sebadoh and Calla lies their sound.) You can download album opener "Suicide Kings" at the top of this post and you can get a free EP by clicking this link and giving them your details. Also playing is former Guided by Voices dude Doug Gillard and Hexa. Solid bill all around.

Free Energy (who also play Thursday at Pianos with Pow Wow!) will rock Brooklyn Bowl like it's a 1982 hockey arena, and will only set you back $5, which is less than what beer costs there.

Bob Mould will play songs from throughout his long, mostly awesome career at City Winery with the Posies Jon Auer opening. They'll do it again Saturday.

If I wasn't going to see Serena-Maneesh at Littlefield, I would probably head to Knitting Factory for ARMS and Acrylics, both of whom did nice 2009-wrapup Q&As for us. They're both good live, too. Also playing: In Cadeo and No Eye Contact.

And if you didn't get tickets to Spoon at Mercury Lounge (who did?), Britt Daniel is doing a free in-store at Sound Fix in Williamsburg at 7pm (that time is now confirmed). I would advise getting there much, much earlier though.