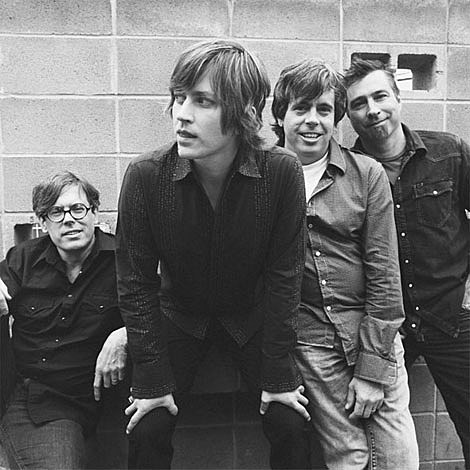 Most importantly, [The Old 97's] have fun while they're performing. [Frontman Rhett] Miller brings an almost hyper energy to the stage, especially with renditions of "Great Barrier Reef," "Roller Skate Skinny," and "Big Brown Eyes." He intermittently turns the stage over to bassist Murry Hammond, whose softer vocals, typified by "West Texas Teardrops," provide a welcome contrast. The faster songs brought a contagious energy that caused us to jump around, singing along at the top our lungs. Meanwhile the slower, heartfelt ones gave us moments to pause, hold each other, and reflect on the music's evocative powers. I don't think it's possible to hear Miller sing "Question" and not want to hold your partner's hand. [InbetweenBlog]

The band has more shows coming up this summer. Those include three free shows in July: one in New York, one in Chicago, and in San Francisco. That NYC date takes place on Sunday, July 4th at South Street Seaport. The show is free, but it isn't one of the Seaport Music Series shows that happen on Fridays in July and August. Still no word on who will play the 4th of July show in Battery Park, also in lower Manhattan.

Recent videos of Rhett and crew and all tour dates are below...