photo: The Orwells in Chicago, 2014 (more by James Richards IV) 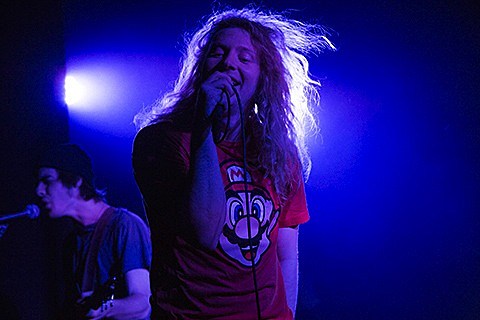 Chicago's The Orwells are going on an eight-date tour sponsored by Converse Rubber Tracks that kicks off at Brooklyn's Music Hall of Williamsburg on Halloween. Shark? open the show, just like they did at the BV-presented show at Shea Stadium, and the show is free. You do have to claim tickets, however, can they become available at 5 PM today.

UPDATE: The Orwells' Chicago pals Twin Peaks have been added to the bill.

All dates on the tour feature openers selected by The Orwells, picked from emerging artists who have previously recorded at a Converse Rubber Tracks pop-up studio. All dates are listed below.