The Orwells @ MHOW in May 2013 (more by Dominick Mastrangelo) 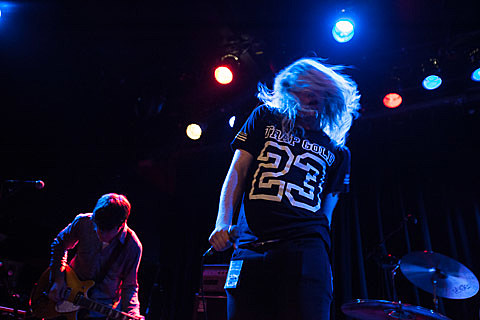 As mentioned, The Orwells will be in NYC in a few weeks, playing a free matinee show at Rough Trade on Febraury 8, which is a night off from their tour opening for Arctic Monkeys.

Not long after that, The Orwells will start their own headlining tour with fellow Chicagoans Twin Peaks. NYC gets the second night of the tour with a show at Bowery Ballroom on March 6. Tickets for that show go on sale Friday (1/17) at noon with an AmEx presale beginning Wednesday (1/15) at noon.

Hopefully we'll get some of the new songs the band has been working on with producer Chris Coady for their TBA new album. All tour dates are listed below...