DOWNLOAD: The Pains of Being Pure at Heart - Come Saturday (MP3)

As mentioned about a zillion times, The Pains of Being Pure at Heart are playing The Bell House in Brooklyn on March 13th with Let's Wrestle and Knight School. That show is now sold out, but if you don't have a ticket, don't worry... Let's Wrestle has other shows scheduled while they're in town, and The Pains of Being Pure at Heart now have two more NYC shows on their calendar. One of them is the just-mentioned May 12th Bowery Ballroom show which is now on American Express presale. The other is a month after that - June 18th at Cake Shop with Crystal Stilts. That last show is sure to be packed.

Between the Bell House (March) and Bowery (May) there will also be plenty of chances to see TPOBPAH elsewhere in North America, especially if you're going to SXSW where they currently have TEN shows scheduled including the TBA BrooklynVegan day party at Radio Room on Thursday March 18th, and the previously announced Pitchfork party happening at Emo's on March 20th.

Also on the bill for this show was pop shoegazers, and equally-long-moniker-possessing, Pains of Being Pure at Heart. Hot off of well-deserved Pitchfork praise for their new self-titled full length, Pains of Being Pure At Heart did not disappoint. Every minute of their all too brief set was just as sweet and luscious as their record, and though the vocals were never quite as enchanting, the rest of their sound was heightened by the great sound system and sheer volume which always seems to enhance shoegaze.

More pictures from that show, and all tour dates below... 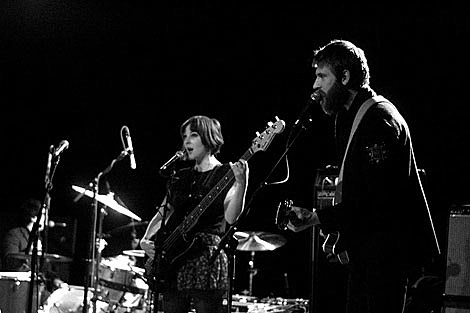 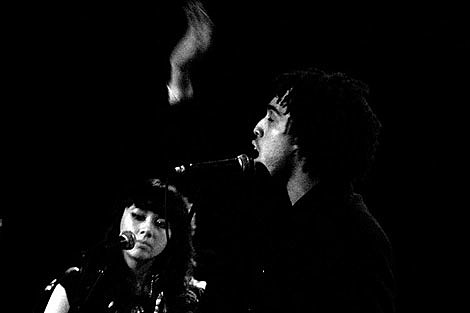 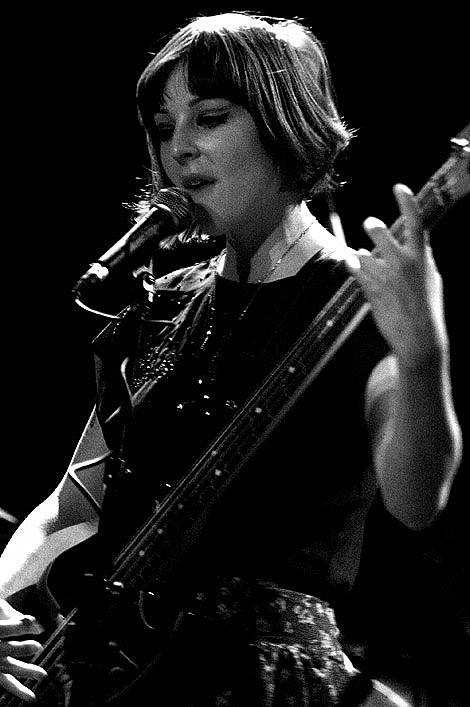 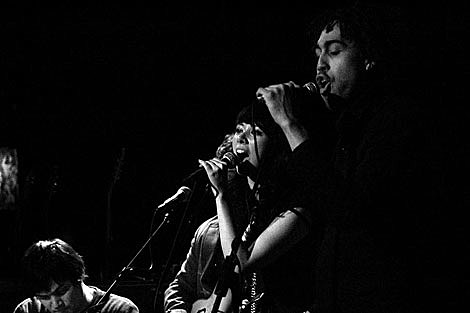 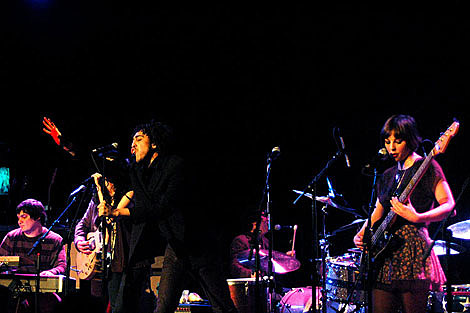 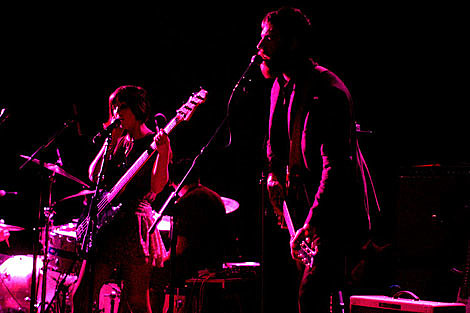 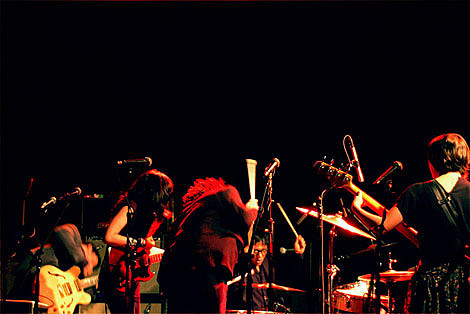 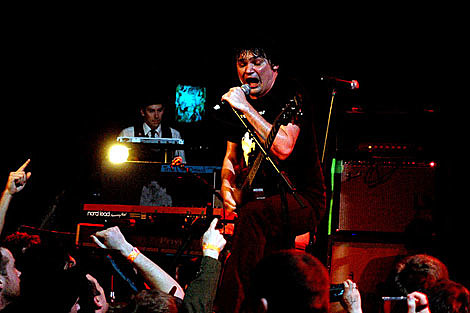 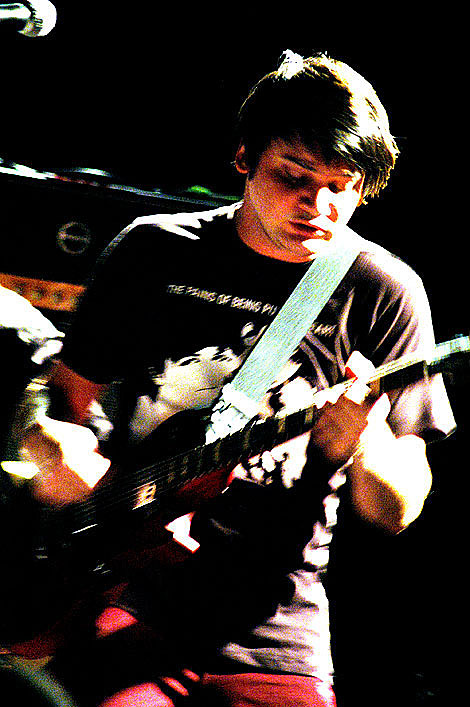 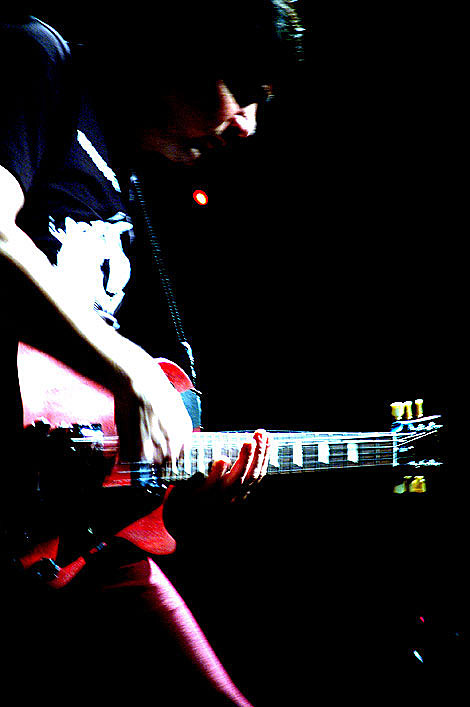 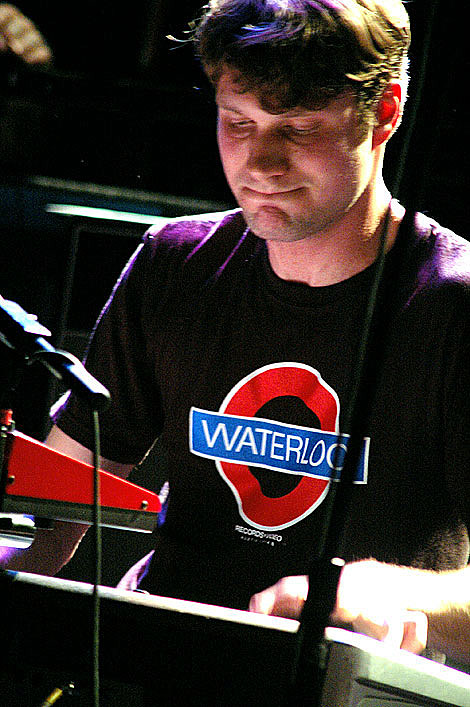 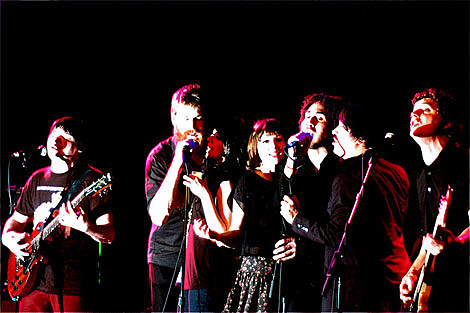 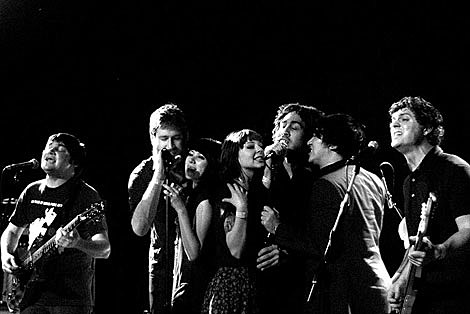 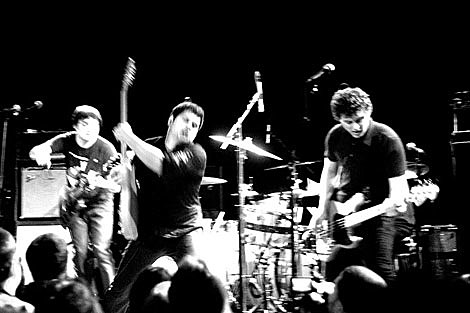 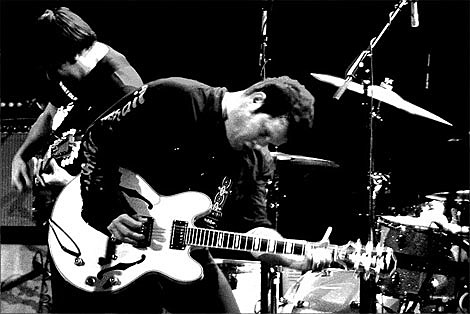 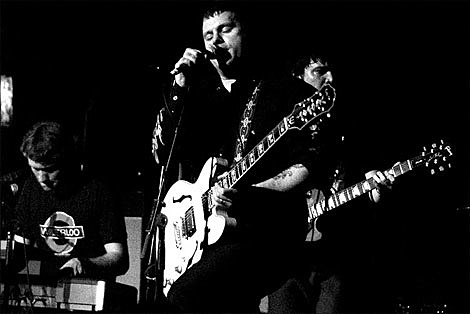 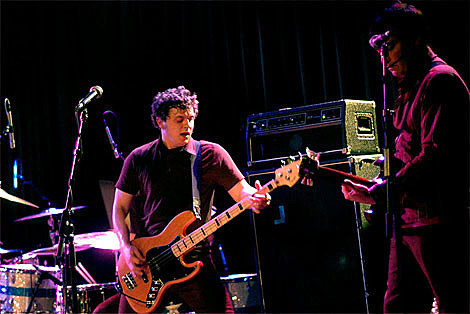 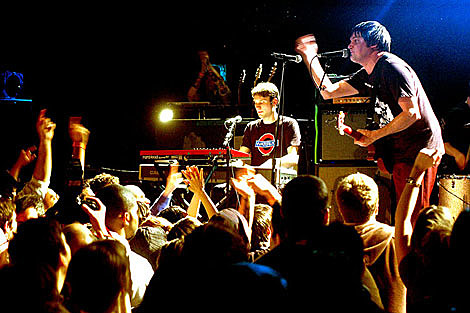 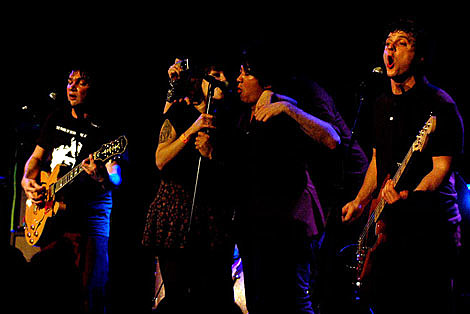 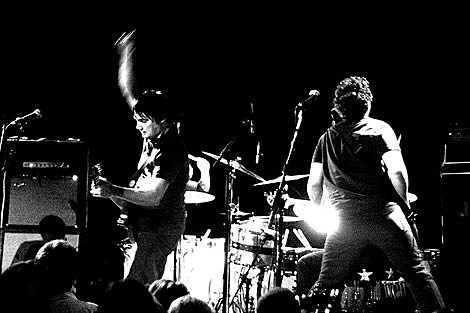 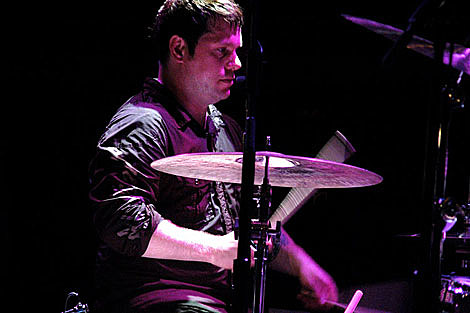 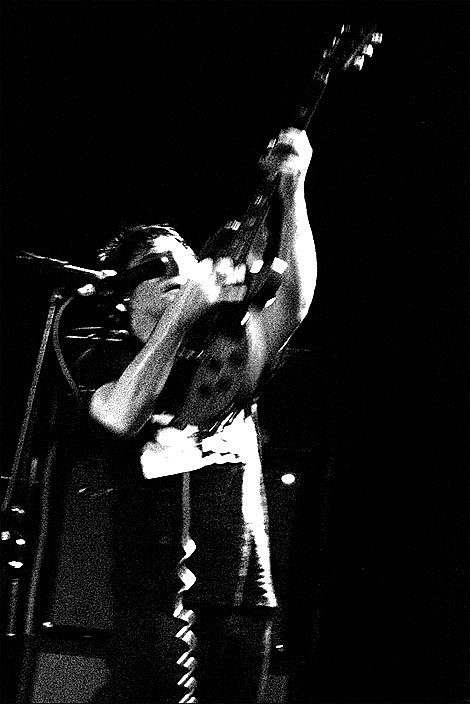 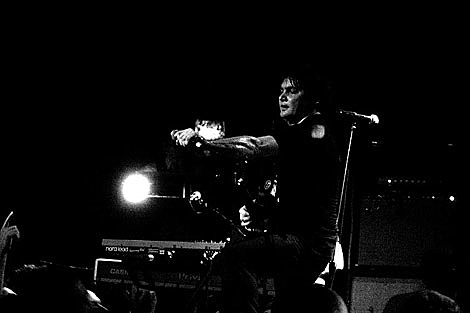 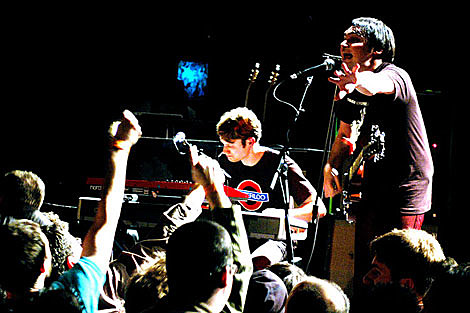 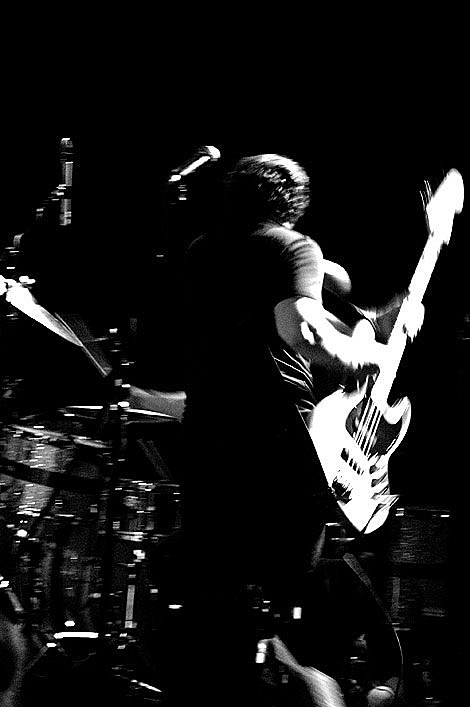 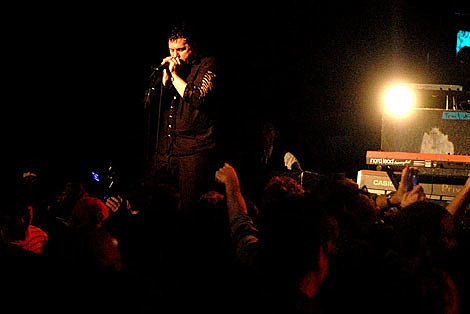 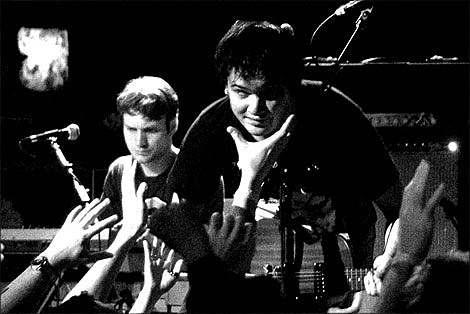 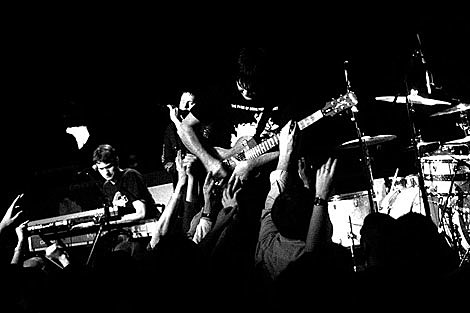 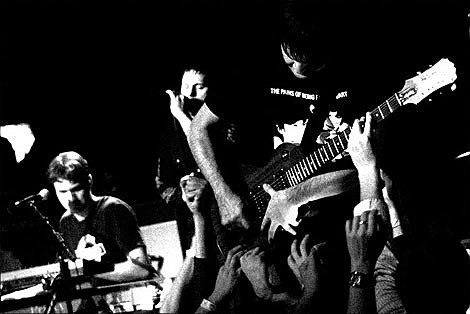 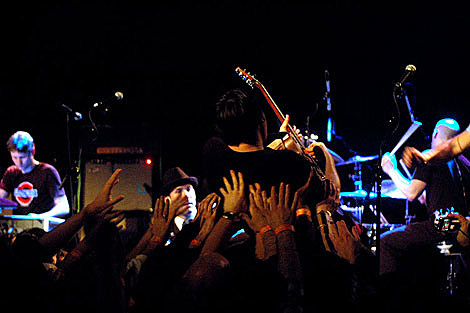 The Pains of Being Pure at Heart...