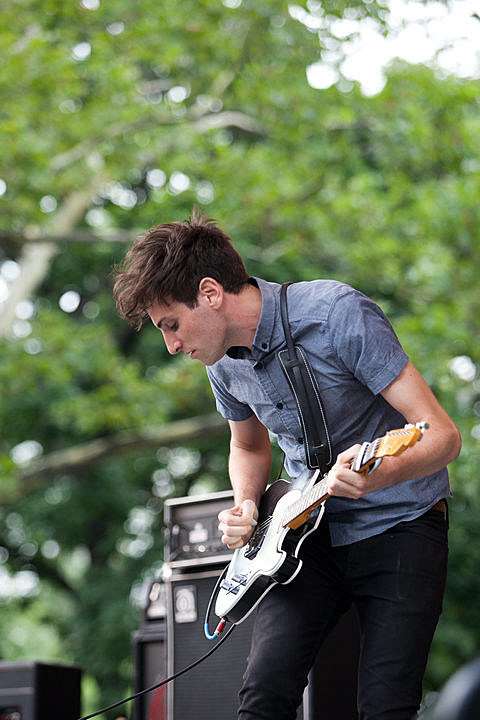 On February 28 at 285 Kent, the Brooklyn venue will be hosting Indie Pop Prom, a show with a totally killer lineup headlined by The Pains of Being Pure at Heart, and also featuring sets by Swearin', Waxahatchee, Weed Hounds, and Potty Mouth. There will be DJ sets by Frankie Rose and Shirley Braha (Weird Vibes) and the show was produced by Maria Sherman. Tickets are $10 or $8 if you come dressed in prom attire, and are on sale now.

In addition to looking like a totally fun night, and the fact that seeing TPOBPAH at 285 Kent is probably crazy with any support lineup, a few other things are notable about this show. You may know that Swearin' singer Allison Crutchfield and Waxahatchee (who also plays the Don Giovanni showcase) singer Katie Crutchfield are twin sisters and used to be in PS Eliot together, and it's the first show in about two years for Weed Hounds (who have played NYC a bunch in the past). And if you're going to the show, be sure to get there early to check out Potty Mouth. 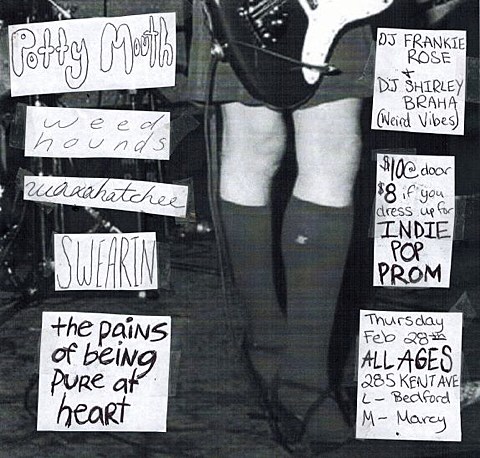