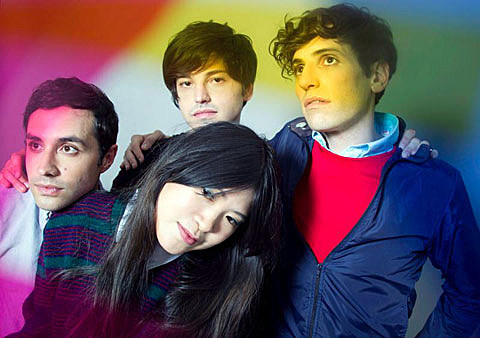 The Pains of Being Pure at Heart are soon to be back with their second album, Belong, which is out in March. The band have left behind the reverb-heavy sound of their debut into sonic clarity thanks to producer Flood (Smashing Pumpkins' Melon Collie..., Depeche Mode's Violator, U2's Achtung Baby) and mixing talents of shoegaze impresario Alan Moulder (My Bloody Valentine, Ride, Blonde Redhead). It still sounds like The Pains, just beefed up a little, which is more in line with what they're like live these days.

The album's first single, "Heart in Your Heartbreak," was released last month on Slumberland and you can stream both sides of the 7" at the bottom of this post. Shortly after Belong's release, TPOBPAH will head out on tour with opener Twin Shadow, including a May 6 show at Webster Hall. (On-sale date TBA.) It also seems likely there'll be an NYC record release show before this tour starts, but no word yet.

All TPOBPAH / Twin Shadow 2011 tour dates are below.