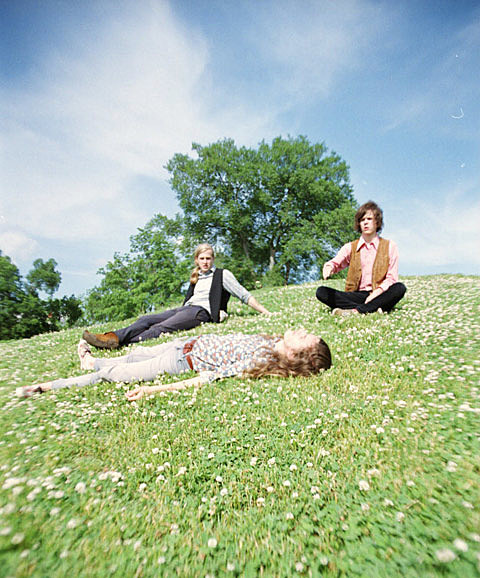 First up is The Paperhead who are in town for two shows: Tonight (7/2) at Death by Audio and Friday (7/22) at Bruar Falls. I caught The Paperhead at SXSW during the Trouble in Mind day party where the Nashville band stood out from than the rest of the bands on the bill (or the label). Instead of fuzzed-out garage rock, The Paperhead favor paisley-powered psych. Their Trouble in Mind debut is a nice cup of mushroom tea and the band (who also look the part) are pretty good live. 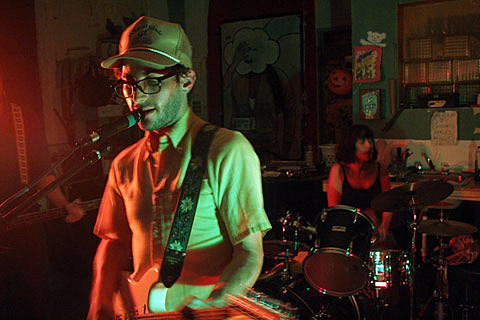 Tonight's show at DBA is with fellow Nashville residents and tourmates D Watusi, plus The Gytters, The Hairs and which is a pretty good bill all around. Get there early to check out openers The Gytters who I caught a couple weeks ago at Bruar Falls. The band is fronted by Scott Rosenthall who plays keyboards in Class Actress and has played with (and produced) The Beets. Sorta twangy new wave, you can download their song "Divebombers" from their bandcamp site. And The Hairs play this show too. Their 7" on Magic Marker is four songs of near-perfect snarky indiepop.

Friday's show at Bruar Falls is headlined by Conversion Party who manage to be anthemic without the pretense that often comes with it. D Watusi also play, plus Pennsylvania's Royal Shoals and Tank. 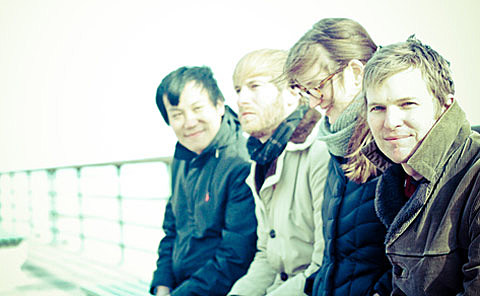 You may remember Doug Marvin from mid-'00s band Dirty on Purpose where he played drums and also sang (and wrote) some of the neo-shoegazers' catchiest material. Since DoP went kaput, Doug has continued making music under the Pursesnatchers moniker. Originally a true solo project, Pursesnatchers have become a real band with Doug moving to guitar, for a lineup and that also includes his wife Annie Hart (one third of Au Revoir Simone, and they both play in Uninhabitable Mansions) who also takes lead vocals on a couple songs.

That band made Pursesnatchers' new album, A Pattern Language, which just came out this week. The sound is an extension of what Doug did in Dirty on Purpose: melodic, brittle songs that are bolstered by waves of guitar. It's a really nice record. You can download "Baseball on the Radio" at the top of this post.

The point of all this is that Pursenatchers are playing a record release party for the album Friday night (7/22) at Union Hall with The Thieves and Finding Fiction. 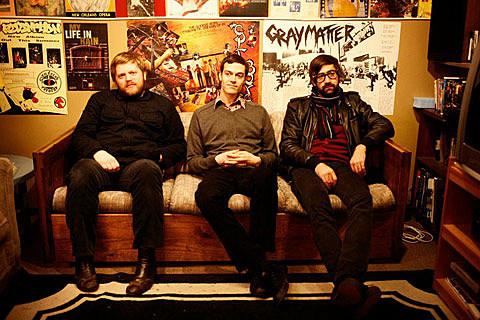 John Davis' post-Georgie James group, Title Tracks, are also here this weekend, playing Cake Shop on Saturday (7/23) with Face Time, Steel Phantoms and Follower. There's been a little shifting in the Title Tracks camp who are now playing as a (power) trio. There's a new Title Tracks album too, In Blank, which is another platter of terrific power pop in the Nerves/Shoes/Nick Lowe tradition. You can download "All Tricks" at the top of this post. I haven't seen the new line-up but if it's anywhere near as good as previous incarnations, I heartily endorse seeing Title Tracks live. 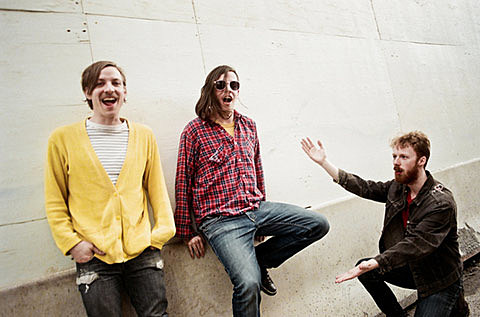 And finally, Montreal trio Parlovr are in town for two shows: Friday night (7/22) at Glasslands and then Monday (7/25) at Mercury Lounge opening for Cloud Control. Parlovr make good use of their visa and play here fairly often but I really do think they're great live and are absolutely worth checking out. As I wrote before:

Singers Louis Jackson and Alex Cooper semi face each other from opposite sides of the stage rocking back and forth like manic Drinking Birds, flipping their '90s skate rat hair around, while mountain man drummer Jeremy MacCuish holds down the beat. They clearly enjoy playing, and it's a lot of fun to watch too.

Their new EP, Heaven/Hell/Big/Love, goes a long way to getting that live energy to a recording. You can download the title track, a live favorite of mine, at the top of this post.

That's it for this week. There are a few more day-by-day picks below. 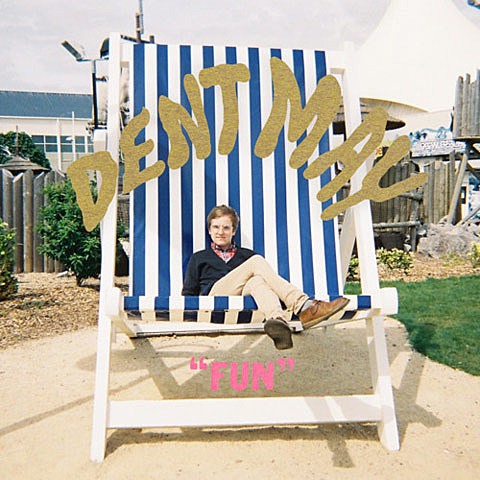 Dent May has been on tour with Real Estate but plays a smaller show with Real Estate's Alex Bleeker and (underwater) peep Julian Lynch, at Glasslands. Prince Rama will be your DJs for the evening. Dent ditches the ukulele for his great new single "Fun" which is almost a dance track with its groovy bassline, keyboards and electronic handclaps. It's available digitally now, and the 7" is out physically in September. You can stream it below.

Cass McCombs, Lower Dens should make for a lovely evening of mellow music at Music Hall of Williamsburg.

The Monkees play for free at Coney Island at the Cyclones Stadium. While a lot of people just remember them for "Daydream Believer" they made a lot of great music, actually, and hopefully they'll play some deep cuts like "Randy Scouse Git" and "Forget That Girl." Hopefully they won't play that Davy Jones song from the Brady Bunch. Actually that songs pretty good.

With a Best New Music badge from Pitchfork, Wu Lyf come back to NYC for a bunch of sold out shows, starting tonight -- an early show at Mercury Lounge. While I'm not gaga about the record, there's no denying they've got a certain something live. Hope you got a ticket.

Relive the hedonistic days of 2005 with Death From Above 1979 at the Williamsburg waterfront. The Drums open and will hopefully be playing a bunch of tunes from their new album.

The Feelies, Real Estate, Times New Viking at Prospect Park Bandshell... that sounds like a perfect Brooklyn evening to me.

That's all I got for this week. Tour dates, videos, streams and flyers are below. 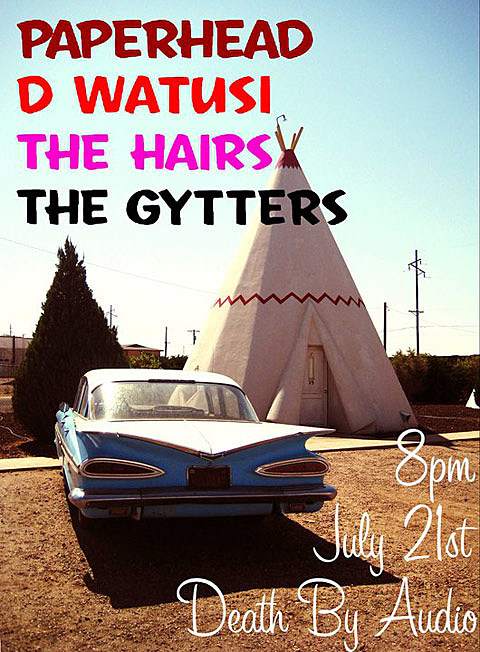