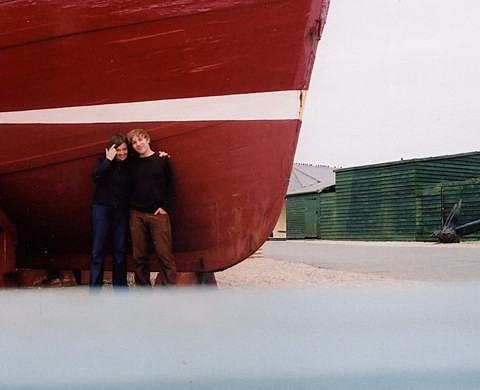 Glaswegian indie stalwarts The Pastels released Slow Summits this week via Domino Records and it's an appropriate title for the band's first new album in 16 years. (Not counting the one they made with Japanese group Tenniscoats a few years back.) Recorded with John McEntire, the new record was made with core members Stephen McRobbie and Katrina Mitchell and features guest appearances from members of Teenage Fanclub (TFC's Gerard Love is actually in the band these days), former Pastel Annabel "Aggi" Wright, two-thirds of To Roccoco Rot, and Tenniscoats. The record doesn't pull any surprises, maybe not as shambolic as they were once known for, but that's a good thing. It's the kind of sunny, fuzzy, heartfelt pop the Pastels are known for. You can stream it on Rdio and Spotify and you can watch the video for single "Check Your Heart" below.

As mentioned, The Pastels will be here in a couple weeks for Chickfactor 21, playing The Bell House on June 13 with Dump, The Jim Ruiz Set, Lois and "surprise guests." Tickets for that show are still available. They have added another NYC-area show happening while they're here at Maxwell's in Hoboken on June 15 with The Condo Fucks (aka Yo La Tengo). Maybe at that show we'll get a group version of Daniel Johnston's "Speeding Motocycle" which they've both covered. Tickets are on sale for that show too.

The Pastels - Check Your Heart