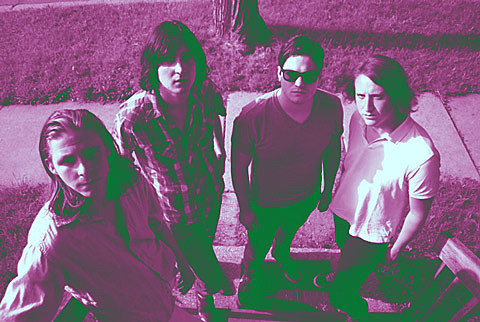 Lansing, MI band The People's Temple released Musical Garden earlier this year, which is arguably their best offering to date, mixing their established garage-psych influences with solid musicianship and a very solid batch of songs. There is no shortage of this sort of stuff out there, but these guys do it better than most. You can stream a couple songs from it below.

The band will be on tour this fall, opening for Mississippi rippers Bass Drum of Death, playing NYC's Santos Party House on October 8. Tickets for that show are on sale now. The day before that show, The People's Temple will also do a headline show at Acheron (10/7), openers TBA.

Bass Drum of Death, meanwhile, are due for a new album, having released a single back in January via Innovative Leisure which you can stream below.

Both People's Temple and Bass Drum of Death have other shows apart from their tour together. All dates for both bands,