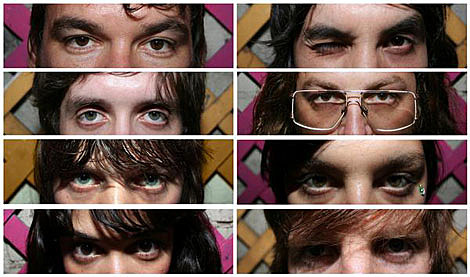 In the midst of popular electronic-based production teams such as Justice and DFA, Embassy Sound Productions (ESP) emerges with a fresh approach to dance-oriented rock and roll, using live instrumentation to evoke the intricate arrangements of Norman Whitfield, Quincy Jones, and Phil Spector as well as the pared down beats of contemporaries like The Neptunes and Danger Mouse.

ESP is Daniel Collás and Sean Marquand, two New York underground club DJs who became restless with the concept of playing other people's music. Having been involved with and disenchanted by the local rock and roll scene, they began to focus on producing.

Their initial projects resuscitated the respective careers of two veteran soul acts (New York's Joe Bataan and Brazil's União Black) and garnered critical acclaim, leading Daniel & Sean to set their sights on The Phenomenal Handclap Band, a supergroup comprised of a "who's who" of the indie rock and underground soul scenes. Members of such diverse bands as TV on the Radio, L'Trimm, Calla, Jon Spencer Blues Explosion, Mooney Suzuki, and Sí Se all contribute their individual talents to the album.

The Phenomenal Handclap Band sound is an anthemic, dancefloor-oriented blend of progressive rock, disco, electro, and '60s soul with sprinklings of hip hop-styled orchestral breakbeats and moody, synth-heavy hooks.
[that's the description written on their MySpace]

I was going to list a whole bunch of keywords that come to mine when listening to the The Phenomenal Handclap Band, but I think they have it covered. Maybe throw in 'B movie soundtrack' (I mean that in a good way). Their unsigned, unreleased album also features contributions by (in addition to who they already mentioned) members of Antibalas, Oakley Hall, the Dap Kings, Amy Winehouse's band, Diamond Nights, Persephone's Bees and Apollo Heights. The people in the picture (can you name any?) are the core group of the band. So far the collective has only played one show. Tonight (Thursday September 25th) is their second. I think there will be 12 people on stage. Details below... 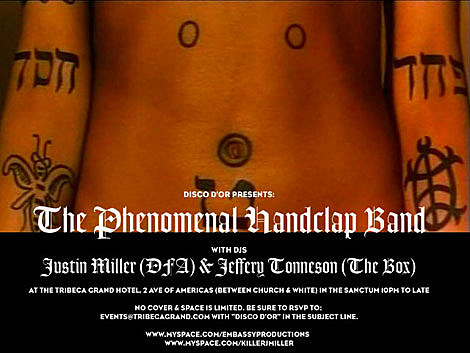