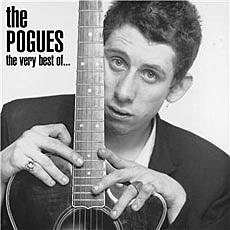 Another year, another set of Pogues shows in the United States in March. There's no mystery this time though whether they'll be a show on St. Patrick's Day in NYC. There definitely won't, because the March 17th show is already announced and that's in Washington DC. The current NY dates are March 12 & 13 at Roseland and tickets go on sale Friday at 10AM. All dates below...