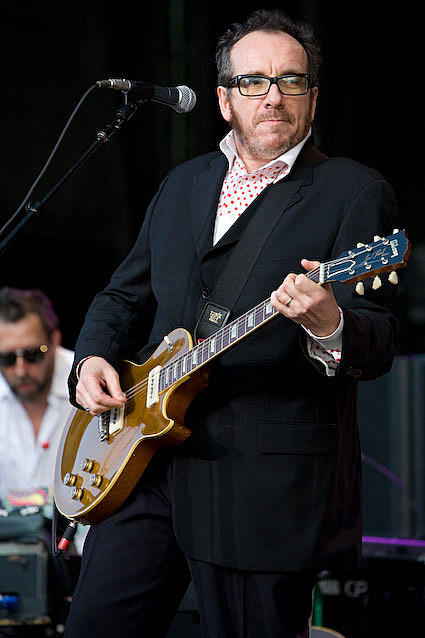 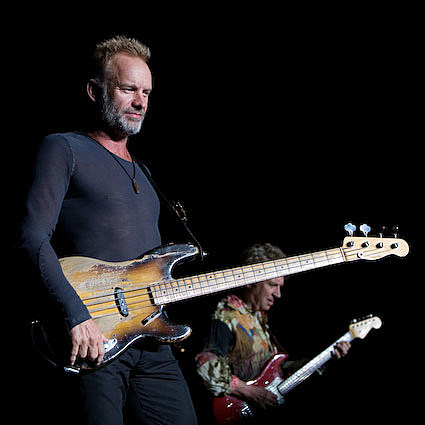 "I remember the first time we played Long Island," a firm and fit Sting told Jones Beach about seven songs into The Police's Monday night show. "We played My Father's Place. Well, not my father's place, but your Father's Place. And then we came back and played the Nassau Coliseum."

Nostalgia is good . . . in small doses. And last night's historic Police concert at the Nikon Theater at Jones Beach hit the spot. For more than an hour and a half, the Anglo-American trio -- calling it quits (again) after Thursday's show at Madison Square Garden -- played with the exuberance of a band half its age. Say what you will about Sting, the man looks and sounds good. Still. Drummer Stewart Copeland and guitarist Andy Summers, though not as physically well-preserved as their bass-playing boss, have more chops than a kung-fu flick. Still.

Throw in opening act Elvis Costello and the Imposters (whose keyboardist, Steve Nieve, and drummer, Pete Thomas, are from the Attractions), and, well, you have the makings of a WLIR concert that could have taken place in the early '80s at the Malibu... [Newsday]

The Police & Elvis Costello are back at Jones Beach tonight (August 5). The Police also play MSG on Thursday. More pictures from last night's show below... 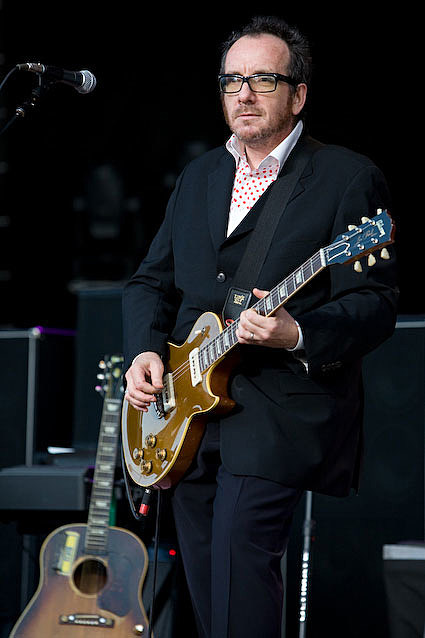 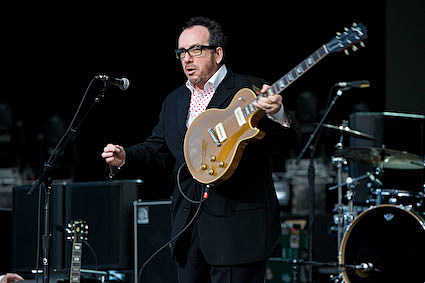 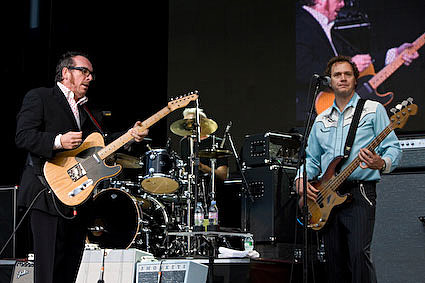 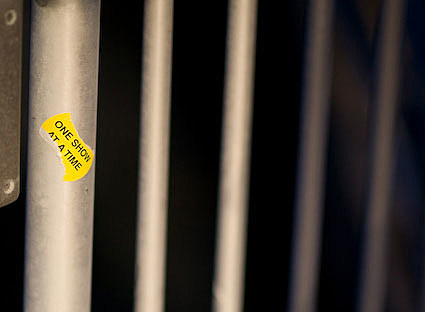 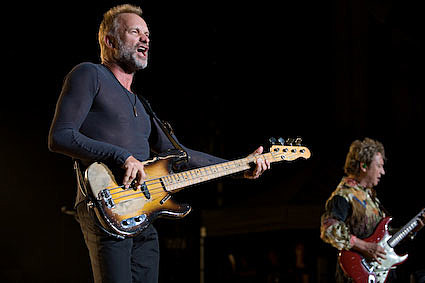 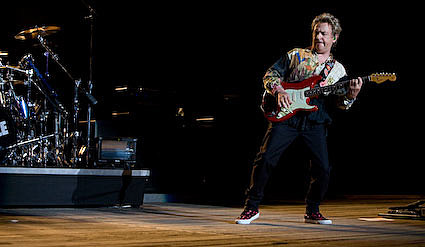 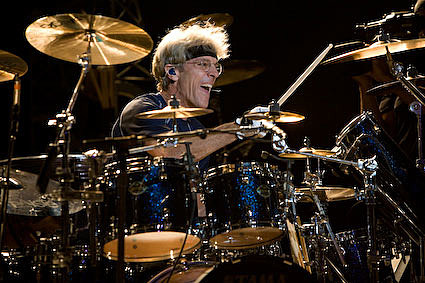 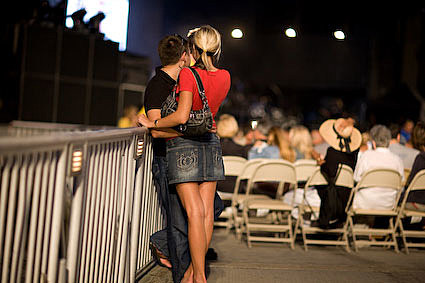 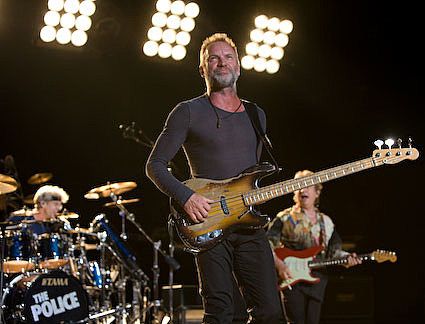 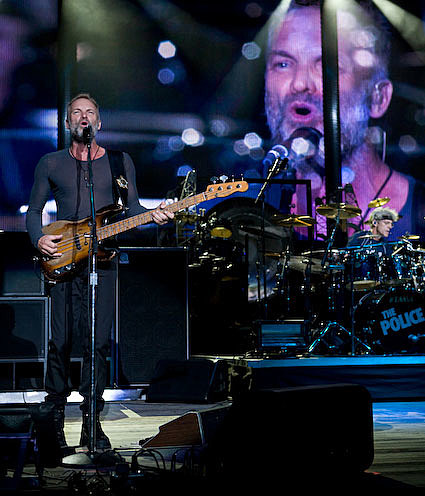 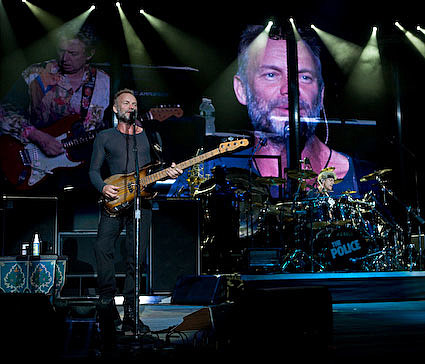 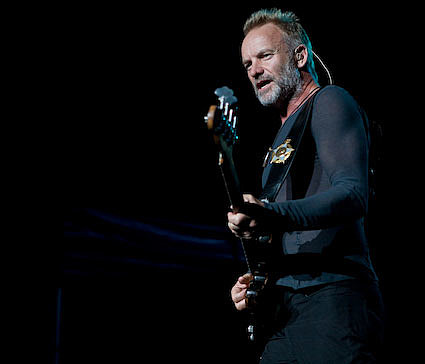 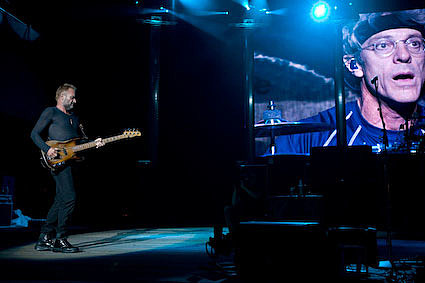 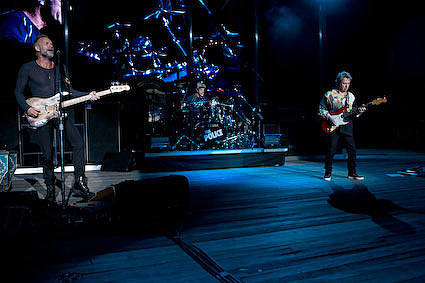 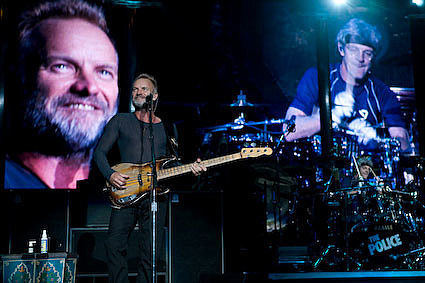 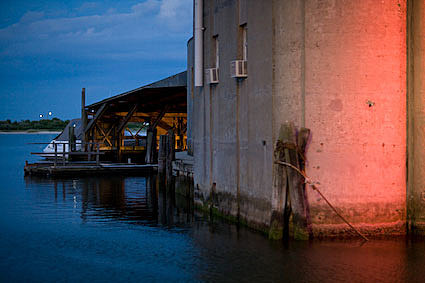 The Police SETLIST: Message in a Bottle / Walking on the Moon / Demolition Man / Voices in My Head / When the World is Running Down / Don't Stand So Close to Me / Driven to Tears / Hole in My Life / Every Little Thing She Does is Magic / Wrapped Around Your Finger / De Do Do Do, De Da Da Da / Invisible Sun / Can't Stand Losing You // ENCORES: Roxanne / King of Pain / So Lonely / Every Breath You Take / Next to You