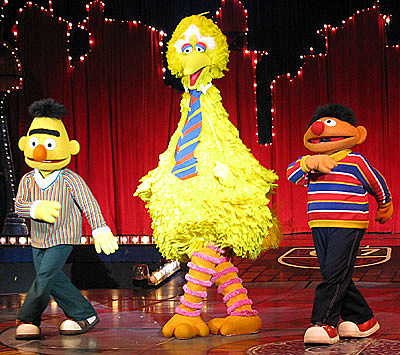 (New York, NY - June 5, 2008) - Today, The Police, in conjunction with New York public television stations Thirteen/WNET and WLIW21, have announced that after fourteen months of a record-breaking tour, their much anticipated final concert, will take place on Thursday, August 7, 2008, at Madison Square Garden, featuring special guests the B-52's. In a groundbreaking partnership, tickets to the concert will only be available through a pledge to Thirteen/WNET and/or WLIW21. The concert is expected to be the largest single fundraising event in the history of public television.

Tickets to the final Police concert will be available in pairs to supporters of Thirteen and WLIW21 as thank-you gifts for contributions at various gift levels ($750, $500, $350, $150) on Saturday, June 14. The stations will celebrate The Police with a historical look at Sting, Stewart Copeland and Andy Summers, featuring classic concert footage and interviews. This will air simultaneously on Thirteen, WLIW21, and Thirteen HD, from 7 p.m. to 9:00 p.m. Later that same evening, WLIW21 will rebroadcast at 9 p.m.

A limited, once-in-a-lifetime experience including VIP access to the band's sound check for their final concert, dinner for two and a special souvenir gift is available at the $5000 contribution level for a pair. There are also a limited number of V.I.P. Seats available at the $2,000 level that includes prime seating and private pre- show reception.Ticketmaster will oversee ticket fulfillments, whether viewers pledge online or via phone, and in the spirit of the event, they will donate their service charge to the stations. Madison Square Garden is also pleased to donate a portion of their fees to benefit the invaluable and rich efforts of public television.

The Police, who kicked off their first American tour in 1978 at NYC's legendary CBGB's, have come full circle with the decision to perform the final show of their reunion tour in the City as a benefit for New York Public Television.

"We are honored to partner with public television and have a deep respect for their commitment to arts and culture," said The Police at a May 6th press conference with New York City Mayor Michael R. Bloomberg, where the band announced their own pledge to the city of $1 million towards the Mayor's MillionTrees initiative to plant 10,000 new trees and help reforest 2,000 acres of New York City.

The band's partnership with public television kicks off "Public Television Rocks" -- a new campaign initiated by Thirteen and WLIW21 that will combine events and programming to expand public television's appeal to a wider audience and will become available to public television stations across the country for their own fundraising efforts.

"This historic concert event will benefit Thirteen and WLIW21 in general but, more specifically, enhance the arts and culture programming that these two stations provide to New York and America," says Neal Shapiro, President and CEO of the Educational Broadcasting Corporation, the licensee of Thirteen/WNET and WLIW New York "This is an exciting kick-off to the "Public Television Rocks" campaign, which will help public television engage with a new generation of audience and hopefully become a new model for future fundraising."

Beginning June 8th, Thirteen and WLIW21 will launch a microsite for "Public Television Rocks" at www.publictelevisionrocks.org with sneak-peek interview footage, webisodes and information about the August 7th final Police concert. The site will be accessible directly or through links at Thirteen.org and WLIW.org.

About June 14th: In anticipation of their final concert, public television will celebrate The Police - one of rock's greatest bands - with a historical look at Sting, Stewart Copeland, and Andy Summers, featuring classic concert footage and interviews. Throughout live breaks in the program, viewers will be provided with information on how to support public television and obtain access to one of the most historic rock shows of this decade. Tickets to the concert will also be offered to public television stations along the Eastern Seaboard, including WETA, WHYY, CPTV, and WGBH to use in fundraising.

About The Police: In 1977, The Police stormed the music scene by innovatively blending reggae, punk, jazz, and rock. Bassist/lead vocalist Sting, guitarist Andy Summers, and drummer Stewart Copeland dominated the charts and airwaves worldwide with five number one albums and a succession of top-ten hit singles. Time and again, songs like "Message in a Bottle," "Every Breath You Take," "Roxanne," and "Don't Stand So Close to Me" have transcended the charts to become permanent pop-culture fixtures. The band has earned five Grammy Awards and sold over fifty million albums worldwide. In 2003, The Police were inducted into the Rock and Roll Hall of Fame.

In 2007, The Police reformed to embark on a world tour, produced by Live Nation Global Touring and RZO Entertainment, Inc. To date, this much-heralded tour has played to over 2.5 million people on five continents and has garnered numerous accolades including 'Major Tour of the Year' (Pollstar), 'Top Selling' and 'Top Tour of the Year' (Billboard) as well as the People's Choice award for 'Favorite Reunion Tour of 2007.' Rolling Stone also included The Police on their list of the 100 Greatest Artists of All Time.

PREVIOUSLY: The Police will play their last-ever show in NYC to raise money for planting trees