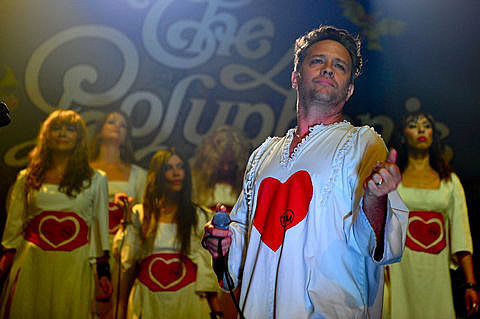 Back in May, just before The Polyphonic Spree played Webster Hall (a show which was recorded and will eventually be released as a live album), we mentioned that they were working on a Christmas album. That album now has a name and a release date: it's called Holidaydream: Sounds of the Holidays Volume One and will be out on October 23. The album will include ten standards, two original instrumentals, and a cover of John Lennon & Yoko Ono's "Happy Xmas (War Is Over)." It also features School of Seven Bells on the track, "Silver Bells." The cover art and tracklist are below.

The Polyphonic Spree will be celebrating their album and 10th anniversary with their Holiday Extravaganza! Tour which sees the collective returning to Webster Hall on December 15. Tickets to that show go on sale Friday (10/5) at noon.

A list of all dates, and the Holidaydream cover art and tracklist are below. 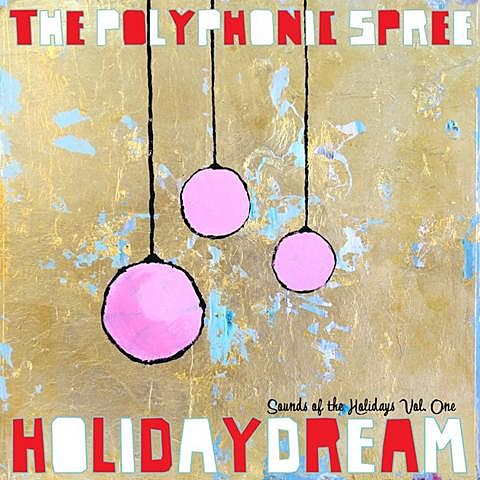 Tracklist:
1. A Working Elf's Theme
2. Winter Wonderland
3. The Christmas Song (Chestnuts Roasting On An Open Fire)
4. Happy Xmas (War Is Over)
5. Sildent Night
6. Silver Bells (ft. School of Seven Bells)
7. Do You Hear What I Hear?
8. Carol of the Drum (Little Drummer Boy)
9. White Christmas
10. Let It Snow
11. It's the Most Wonderful Time of the Year
12. Silver Bells (Reprise)
13. Holidaydream