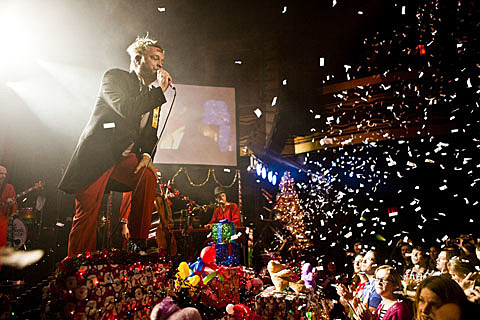 For the show the Spree performed two sets: a Christmas spectacular and a regular rock set. But of course this wasn't a solemn Christmas affair. Not a bit of that. Featuring Christmas songs old and new (A Nightmare Before Christmas's "Town Meeting Song" was sung) the set included confetti, balloons, Santa, a snowman, and more rocking the yuletide spirit. And of course there was the large band all dressed up in festive versions of their usual chorus dresses. The only band member in pants was lead singer Tim DeLaughter (his dress came out in the second set) who exuded a wonderful demented Christmas Willy Wonka vibe--especially when he invited the children in the audience up on stage. It was all very silly, and by the time "Feliz Navidad" it was hard not to bounce around, high on the holidays, and forget the latest horrible news [Gothamist]

The Polyphonic Spree brought their Holiday Extravaganza! Tour to NYC for a show at Webster Hall last Saturday (12/15). As mentioned in the above review, the show included a set of Christmas songs, in addition to a set of Polyphonic Spree songs, which included their cover of Nirvana's old chesnut, "Lithium."

More pictures and a video from the show, below... 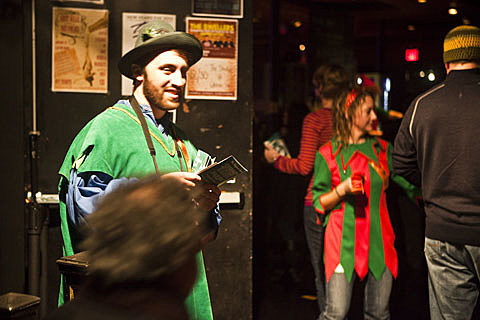 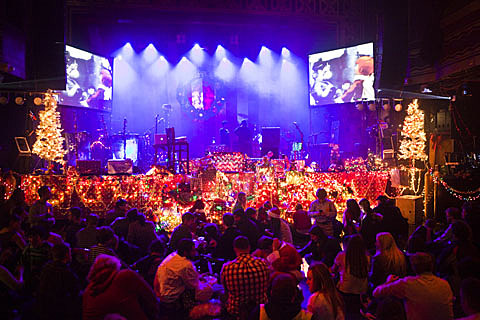 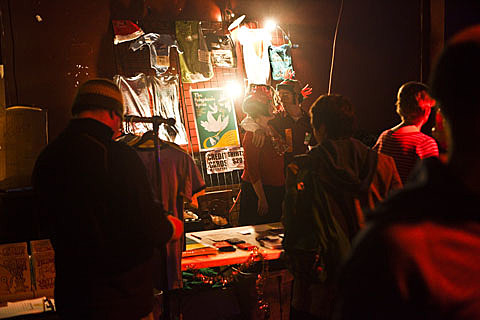 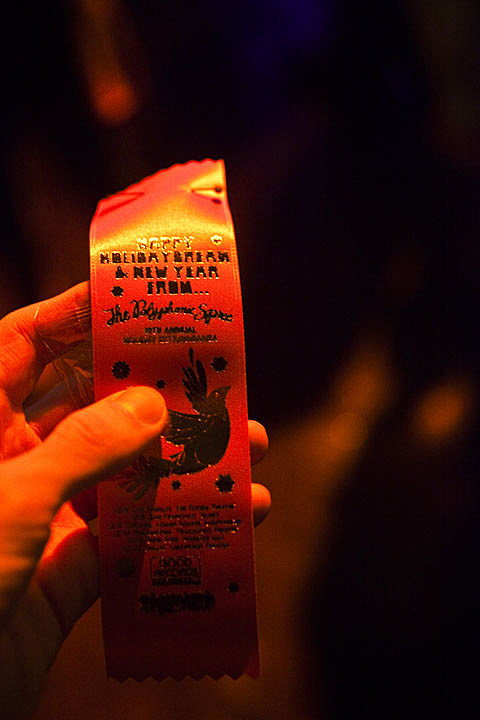 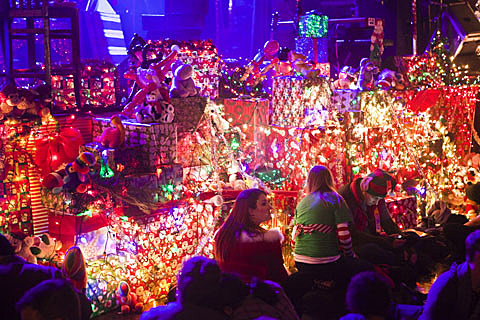 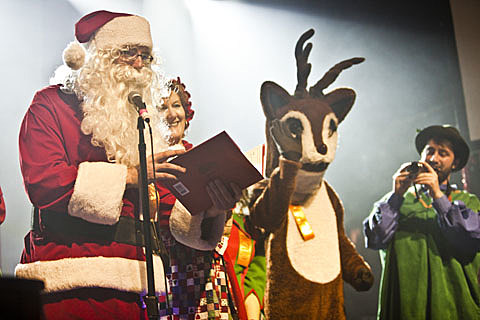 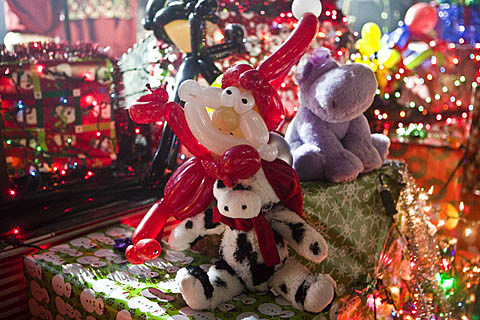 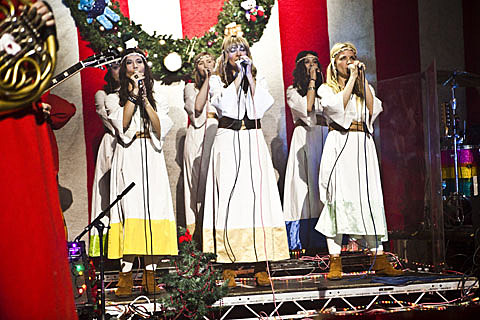 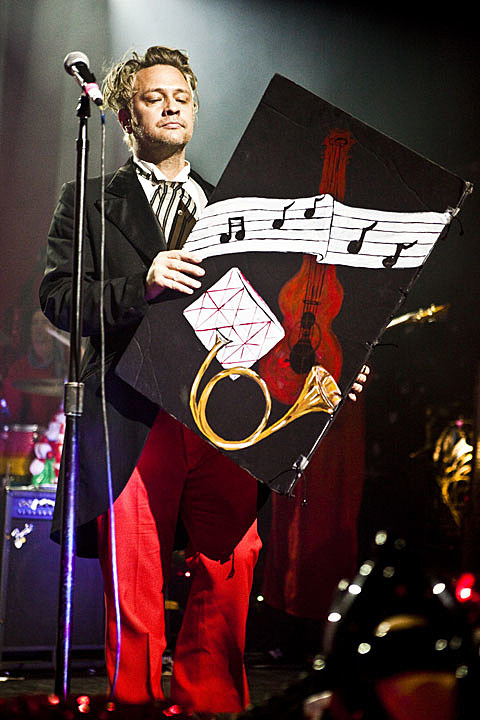 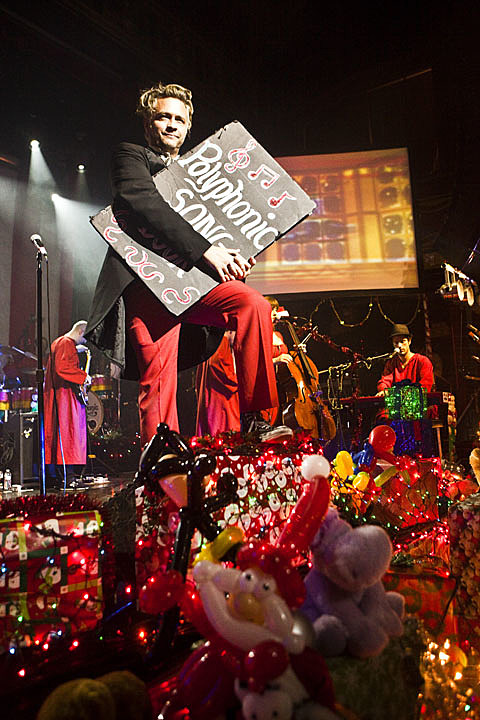 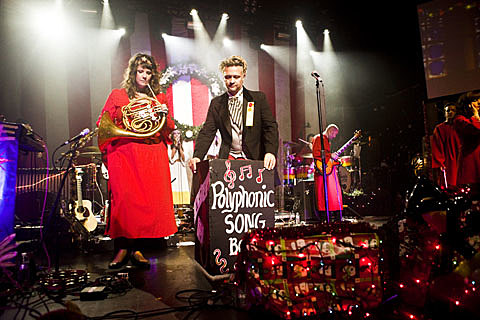 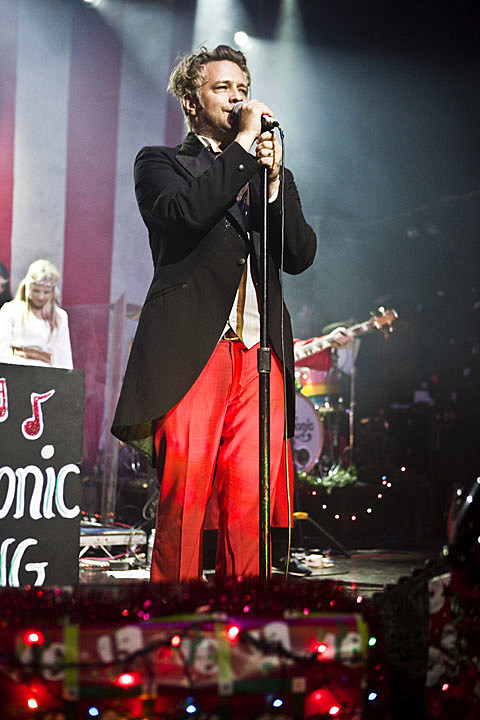 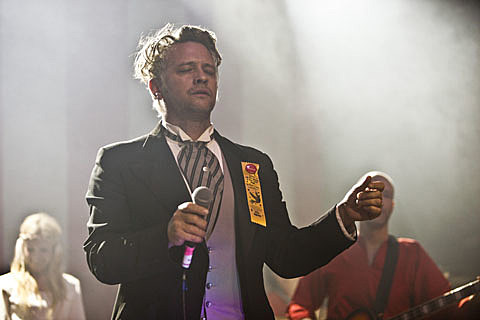 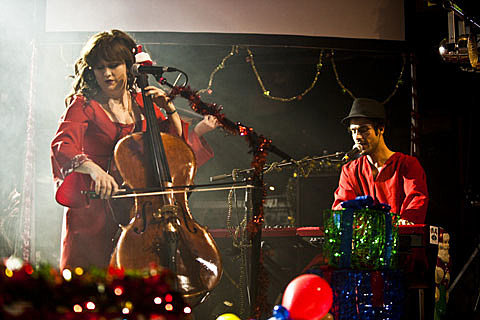 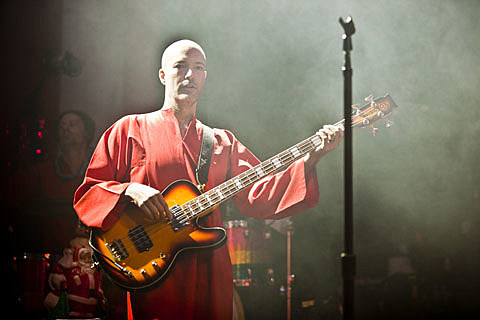 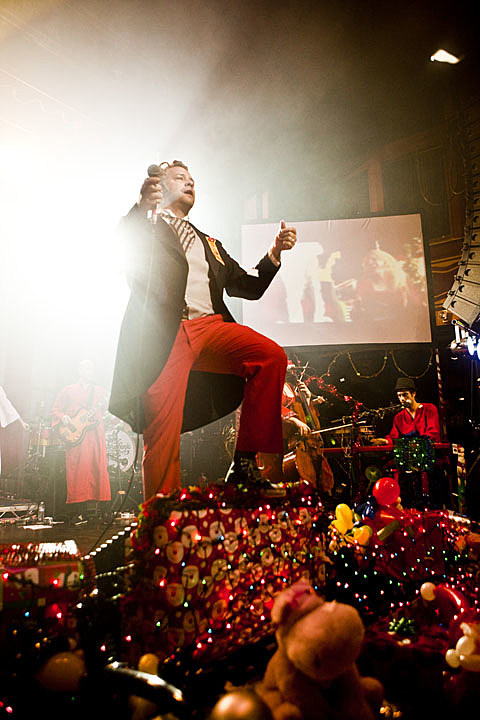 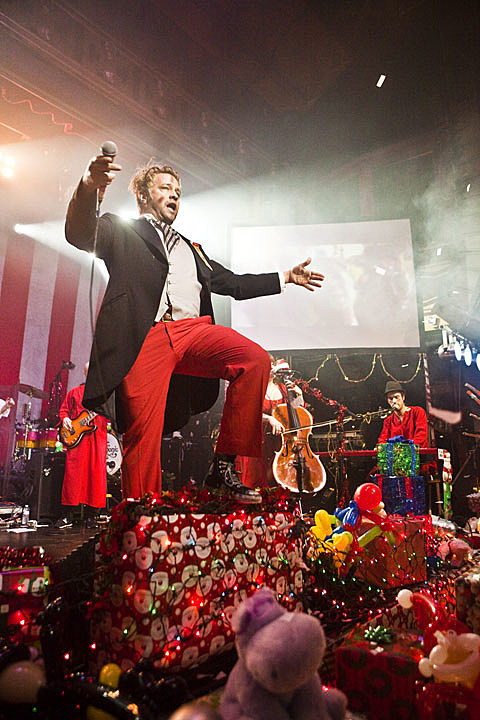 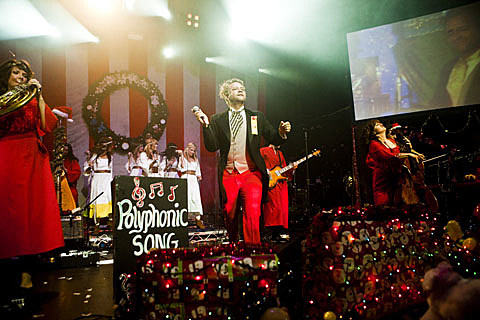 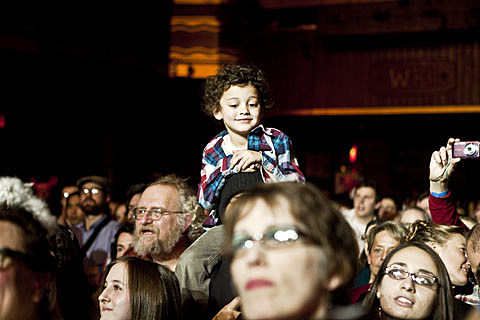 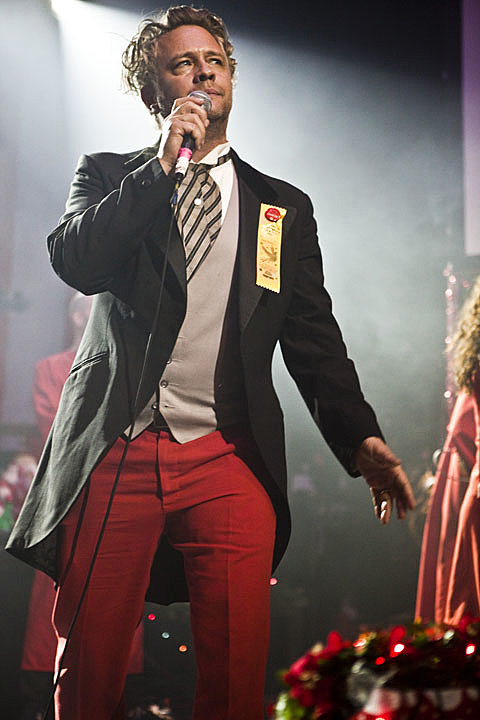 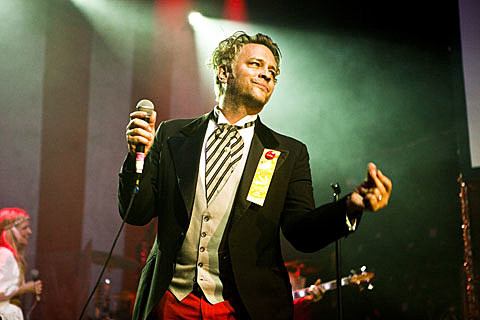 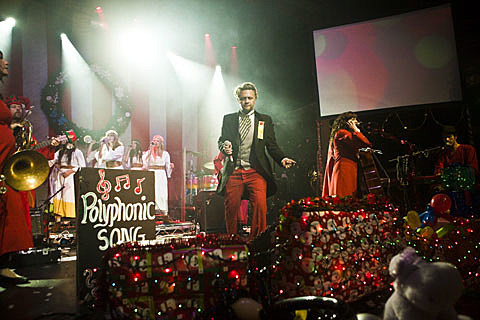 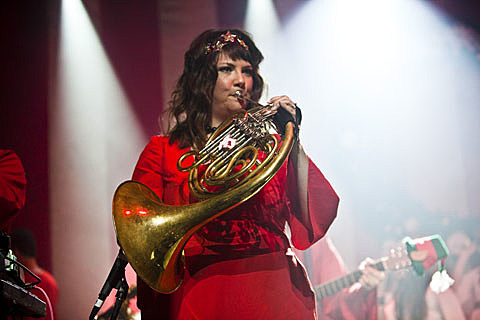 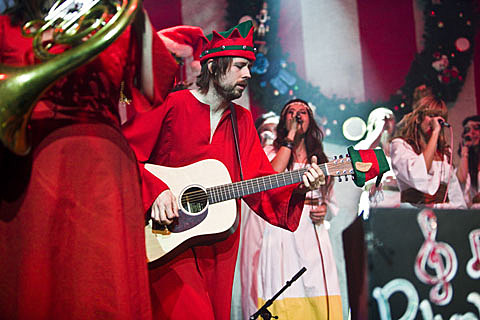 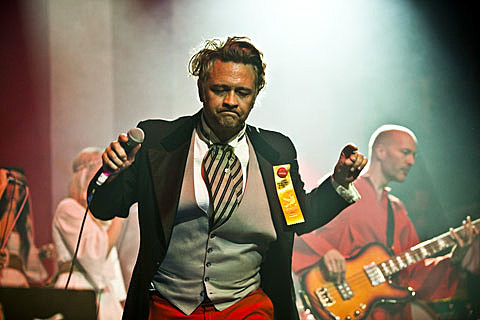