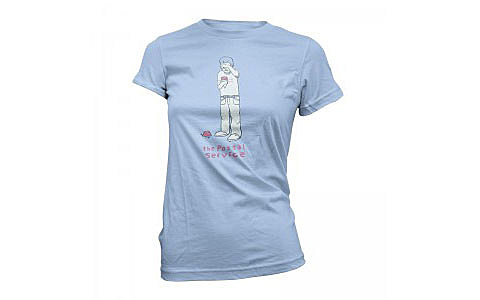 Already two Brooklyn shows, and the list keeps growing. New Postal Service dates go on pre-sale on Wednesday. All dates are listed below.

Meanwhile, a music video and a short documentary about the reunited band are in the works. The title of the doc, according to IMDB, is "10 Years of the Postal Service", and the one and only Tom Scharpling directed it, as he recently told Matt Pinfield:

"I shot two things with them," Scharpling says. "One is a mini-documentary, getting Ben Gibbard and Jimmy Tamborello to tell the story of how this weird band came together and how they were mailing each other CD-R's back and forth. It's a straight mini-doc thing that should be out shortly. The other is a funny video that takes place in 2002, that shows Jimmy auditioning potential lead singers for Postal Service. We got an amazing group of people to come through."

Tom's videos are always the best, so we definitely can't wait to see that. Meanwhile check out the video Tom made for one of Ben's' solo tracks.