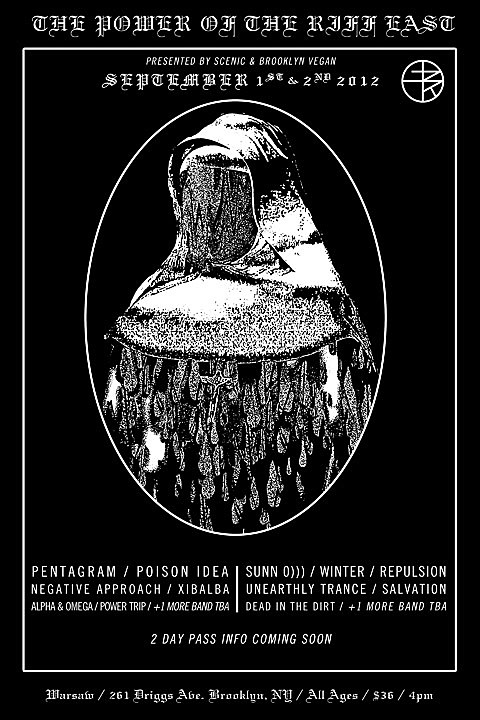 BrooklynVegan and Scenic are proud to announce our involvement in the first-ever East Coast edition of The Power of The Riff! The two-day event happens Labor Day Weekend and will feature a kick off party on the day before (8/31) and pre/post parties on the days of the shows. Save the dates, September 1st and 2nd at Warsaw in Brooklyn where you'll catch:

Tickets go on sale for single shows on Monday 7/2 at noon (Saturday HERE and Sunday HERE) or you can purchase a single weekend pass.

The Warsaw show is The Power of The Riff's first venture on the East Coast after two years of successful events in Los Angeles (pictures of year 1 HERE, year two HERE). Organizers / creators Greg Anderson and Sam James Velde are in the eye of the hurricane, tapping into a line up that represents the forefathers, current touring acts, plus shedding light on "up and coming" and local acts. Year three on the West coast kicks off on August 11th at Echo/Echoplex in LA with OFF!, Dr.Know, Repulsion, Noothgrush, Xibalba, and many more. Check out the flyer below along with video from 2011.

BrooklynVegan and Power of The Riff combined forces for both a day and night show during SXSW this year. If you missed it, check out pictures from our Converse/Thrasher Deathmatch party (HERE, HERE and HERE) as well as our official showcase. 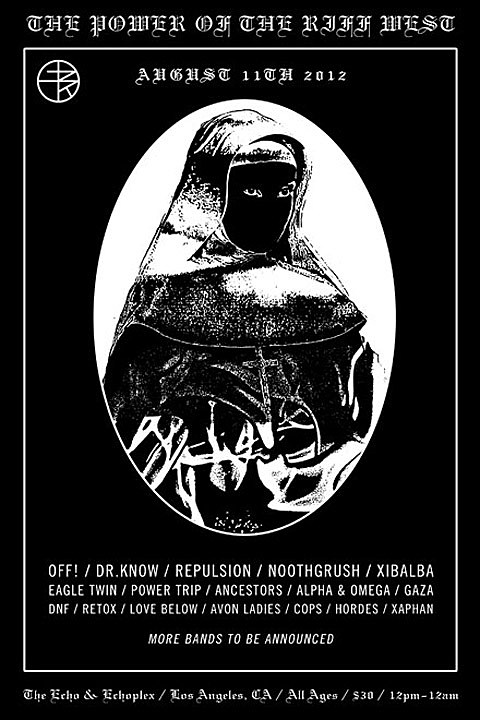