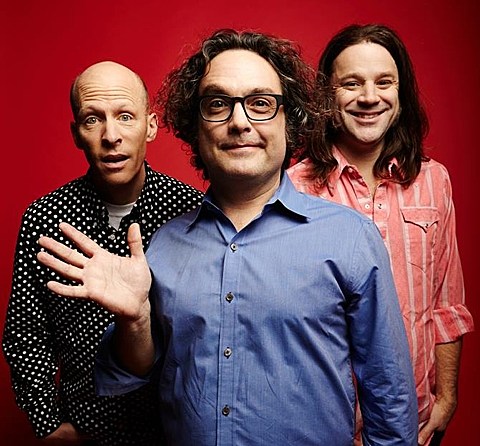 Veteran quirk rockers The Presidents of the United States of America had planned to be done recording music after 2008's These Are the Good Times People, but as drummer Jason Finn puts it, they "accidentally did it again" with this year's PledgeMusic-funded Kudos to You!, which came out this past February. It features a few re-workings of of older PUSA material and material from some of singer Chris Ballew's other projects, and new stuff too. The Long Winters' John Roderick makes an appearance, singing on "Crown Victoria." Listen to that one below, and stream the whole record at RDIO.

PUSA are also heading out on a tour this year which brings them to NYC for a show on August 6 at Irving Plaza. Tickets for that show go on sale Friday (4/25) at 10 AM.

The Presidents of the United States of America - "Crown Victoria" (ft. John Roderick)