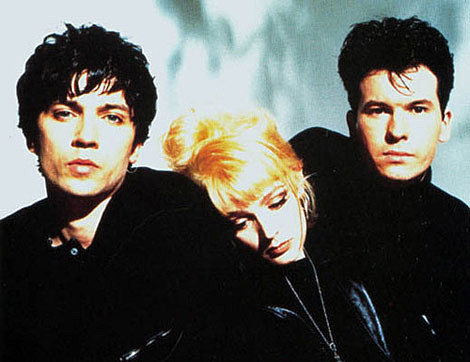 The '80s-era indie power-pop band The Primitives have reformed and will be playing The Bell House on May 8. Tickets are on sale now. The band, fronted by platinum blonde Tracy Tracy, was best known for their hit "Crash" which was inescapable on modern rock radio in 1988 and has since been covered by nearly every pop punk band in existence. They went on to make three albums, and called it quits shortly after 1991's Galore. The Primitives reformed late last year, playing their first reunion show in their hometown of Coventry on October 2. The Bell House show will be the first American show since their split.

Opening the show are Frankie & the Outs who are currently recording their debut album for Slumberland, and also just posted a bunch of new dates, including February 13 with So Cow at Market Hotel, and February 19 with Kurt Vile and Fucked up at Europa.

Frankie herself (who we recently interviewed) will pull double duty on February 21 as the Outs open for Dum Dum Girls (Frankie's the drummer) at Mercury Lounge. Tickets go on sale Friday.

Frankie (and the Outs) pulled double duty on New Years Eve as well. They played both Cameo (a beach party w/ Surfer Blood and others) and Cake Shop (with Screaming Females, etc) that night. 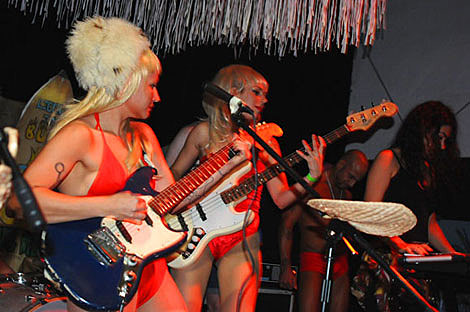 Dum Dum Girls' debut LP, I Will Be, comes out via Sub Pop on March 30. Both of Frankie's bands will be hit SXSW in Austin this year too.

Video from the NYE show at Cameo, a couple Primitives videos, all Frankie & the Outs tour dates, plus video of Dum Dum Girls playing Boston back in October, below...

The Primitives - "Way Behind Me"

The Primitives - "Sick of It"