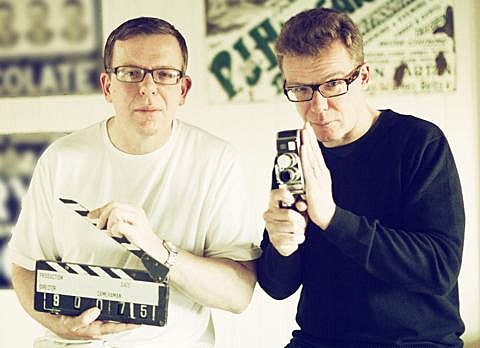 Scottish brothers Charlie and Craig Reid have been making music as The Proclaimers since the mid-'80s when they wore their brogue on their sleeve via debut single "Throw the 'R' away." Though American mainly knows them for their fluke hit "I'm Gonna Be (500 Miles)" (released on the Benny & Joon soundtrack four years after it's initial single release), The Proclaimers have kept doing what they do (charming, anthemic, acoustic-y pop), releasing new albums every few years, including 2012's Like A Comedy which you can stream below.

The Proclaimers will be promoting that album on a North American tour, which has two dates in NYC: April 11 at The Bell House (tickets) and April 12 at City Winery (tickets). All tour dates are below, along with the stream of their new album and a few classic-era videos.

The Proclaimers - "Letter from America"

The Proclaimers - "Throw The 'R' Away"

The Proclaimers - "Over and Done With"