Into It. Over It. at Bowery Ballroom in September (more by Mimi Hong) 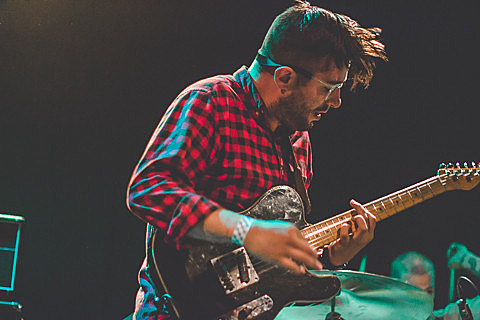 Evan Weiss is just about everywhere in the emo world right now, whether it's in Into It. Over It., Their/They're/There (with Mike Kinsella), Pet Symmetry, Stay Ahead of the Weather, or any other active band we may be forgetting, or producing records for The Jazz June and You Blew It!, or running his record label. He bridges the gap between old school and new school as far as his tourmates go, and sometimes you'll find him somewhere totally un-emo like Lollapalooza.

One of his most beloved bands though, is one who only put out one full length and two EPs in the early-mid 2000s before breaking up, The Progress. Their sole LP, 2006's Merit, was keeping the indie rock-oriented mathy style of '90s emo alive way before it was trendy to do that. It's one of the true gems to have come out during emo's (for lack of better words) "hair metal phase." And now it looks like The Progress may be reuniting.

In November, Absolute Punk pointed to to a tweet from Evan that reads "oh yeah, that thing i confirmed is a show. for a band that hasn't played a show in 7 years" and hashtagged "US Camera." That was pretty convincing on its own, but now Evan has posted a show announcement confirming a show for December 30 at Boot & Saddle in Philly with the caption "take the hint" and a show flyer that looks suspiciously similar to the Merit artwork. Hint taken. The only technically announced bands for that bill are Sleep In and Dryjacket. Tickets are on sale now. If it is in fact a Progress show, let's hope it's not the only one!

Meanwhile, Evan has given us a list of his favorite LPs and EPs of 2014. It's a cool, diverse list ranging from ambient pop to powerviolence, and you can check it out for yourself below.

Into It. Over It. also has an upcoming solo tour with Kevin Devine and Laura Stevenson (doesn't hit NYC), and he recently put out the video for "Spinning Thread" (dir. Max Moore) from last year's Intersections LP. Watch that, with his year-end list, some Progress song streams and the Philly show flyer, below...

Into It. Over It. - "Spinning Thread" (official video)

The Progress - "A Drug Called Tradition"

EP's
Iron lung - Savagery
All Dogs - 7"
Beach Slang - Who Would Ever...
Thou & The Body - Released From Love
The Great Albatross - Roots 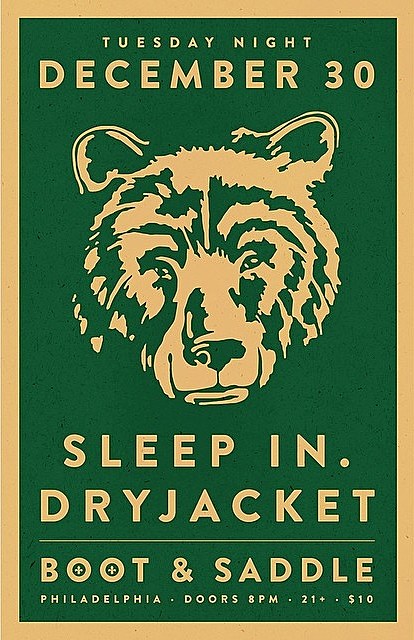