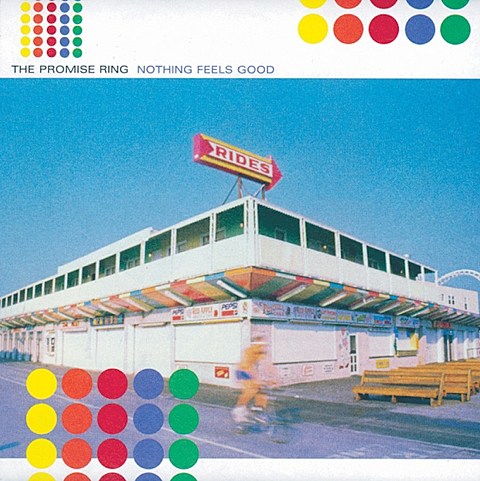 The Promise Ring reunited back in 2012, a couple years before basically every other '90s emo band did. Our fingers are still crossed that they'll schedule shows again, but meanwhile they did just announce a reissue of their 1997 sophomore LP Nothing Feels Good, one of the genre's absolute best albums. It comes out via their former label home, the reinvigorated Jade Tree, on October 30. In conjunction with the announcement, Pitchfork premiered a video of unearthed footage of the band playing Jade Tree's 2000 CMJ showcase at Bowery Ballroom. Check it out below.

At the moment, Promise Ring frontman Davey von Bohlen is focusing on his other band Maritime. Their new album Magnetic Bodies, Map of Bones comes out October 16 via Dangerbird and so far two singles are out. Check out "Satellite Love" and "Roaming Empire" below. Maritime's tour hits NYC on 10/2 at Rough Trade.