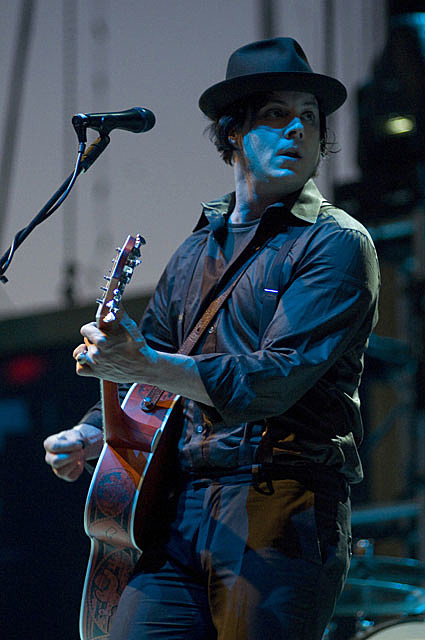 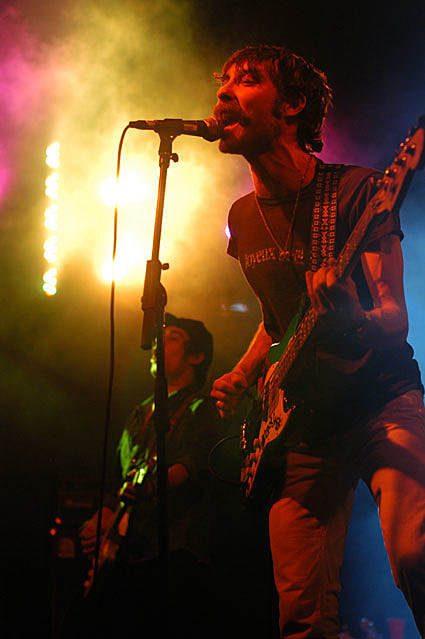 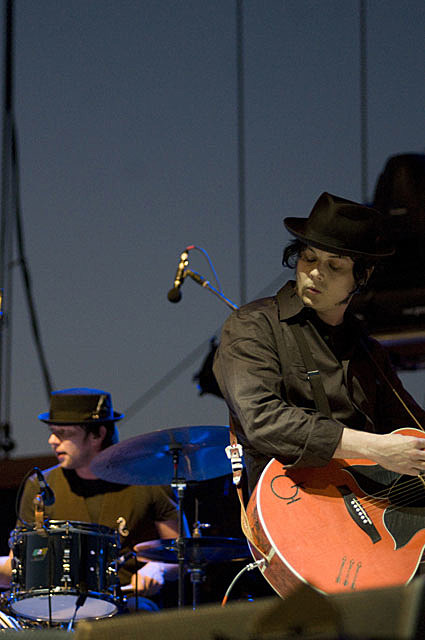 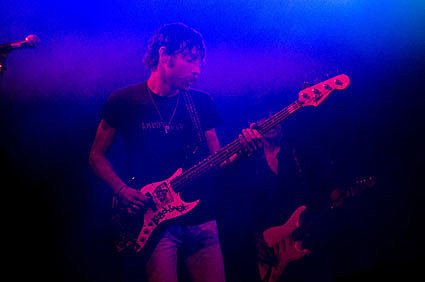 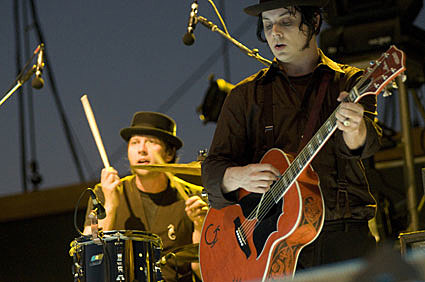 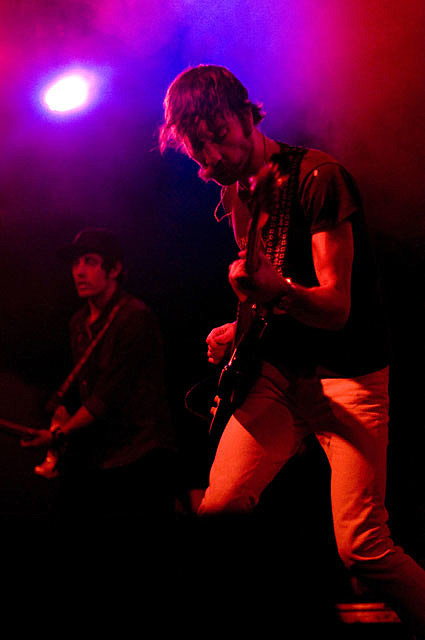 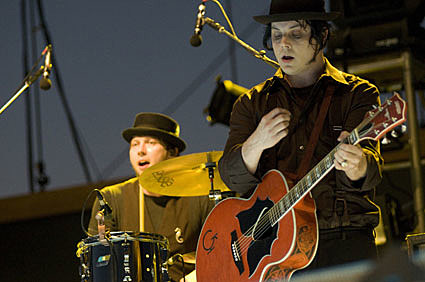 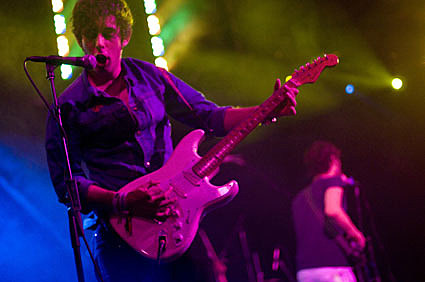 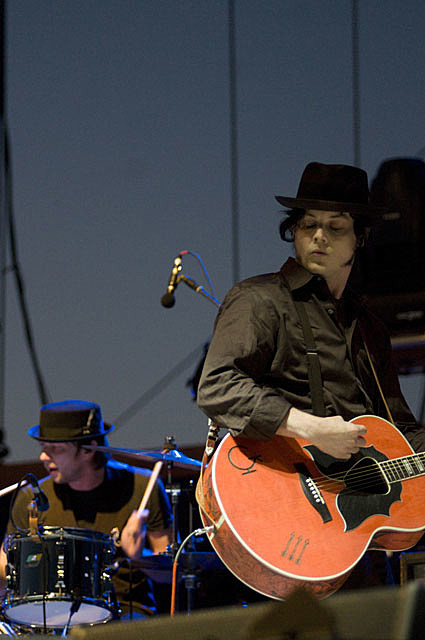 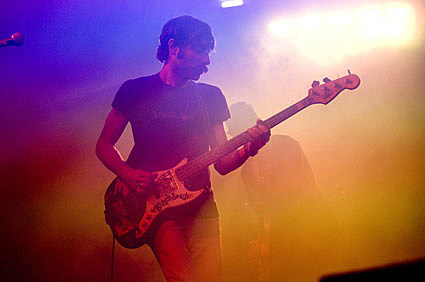 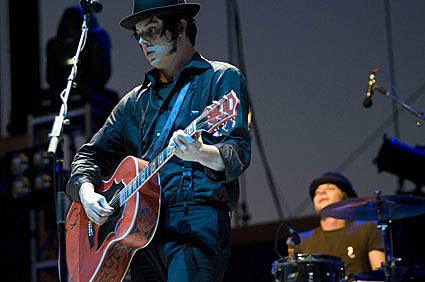 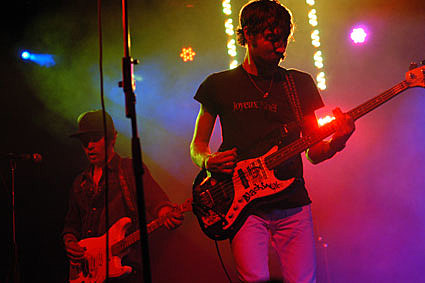 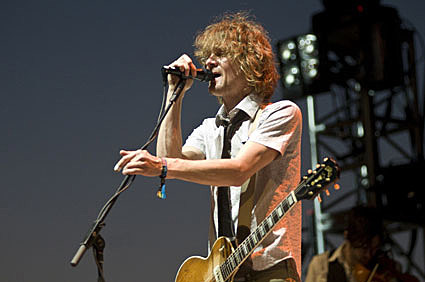 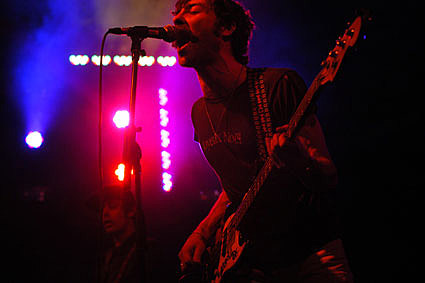 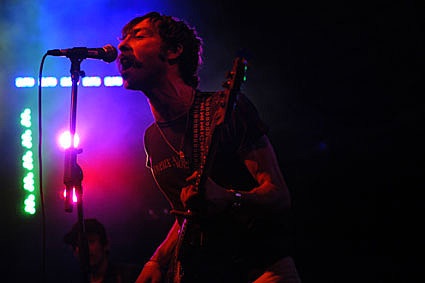 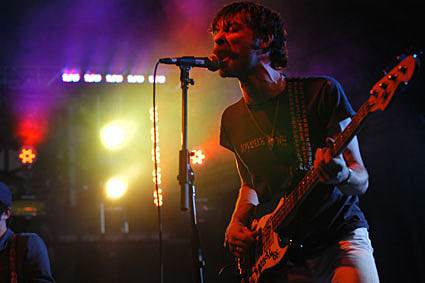 The Black Lips faced some heavy competition for attention on Coachella's opening night, with Jack Johnson on the Main Stage and Fatboy Slim in a nearby dance tent, but the garage band wasn't worried. "You either want to dance, you want to chill, or you want to rock," says guitarist Cole Alexander, whose band is known for wild eruptions of noise, nudity and the sharing of fluids. "I think people are going to want to rock." Guitarist Ian Saint Pe adds: "If you want to see someone make love to their guitar like Jack Johnson, or if you want to see someone beat the shit out of their guitars like us, you have your choice. We're in America. It's a free country." [Rolling Stone]

The Raconteurs and Black Lips are going on tour together. In NYC they're playing three shows at Terminal 5. Black Lips are also headlining their own show at Maxwell's in NJ.