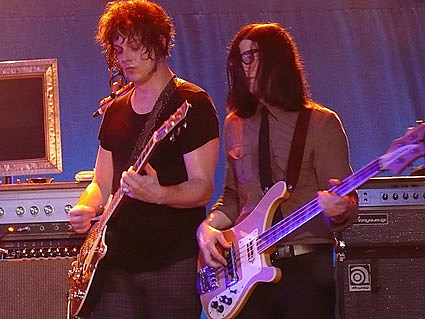 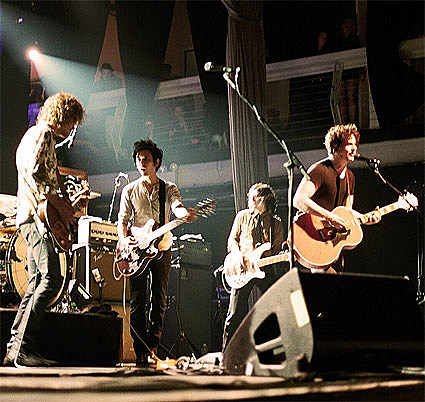 The Raconteurs played Terminal 5 in NYC on Friday and Saturday AND Sunday.

Are people actually saying that Saturday night show was just OK??? It was absolutely ripping and jack white is one of the best guitarists alive. The guy was going crazy on stage. He was more into the show than anyone else in the place. The venue sucked, but who cares, no lines for beer. [Anonymous] 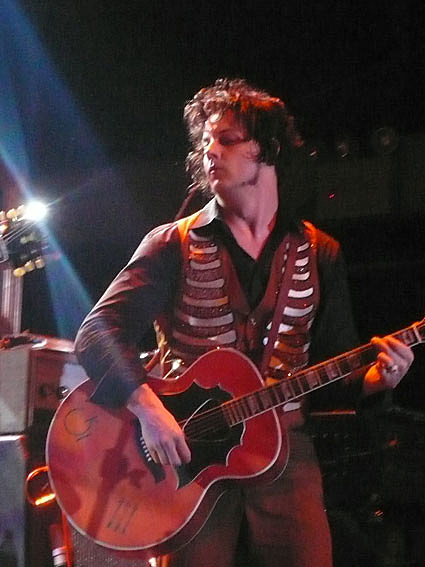 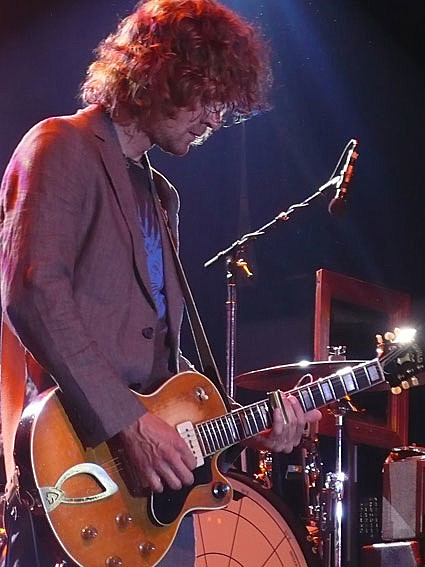 (thx anon for the setlist)

BONUS: some pics that members of the Raconteurs street team took at the show in DC a few days earlier.....

Jack and Brendan and fans 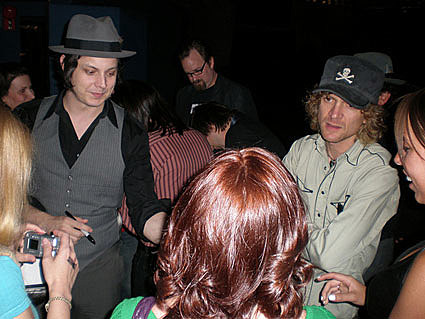 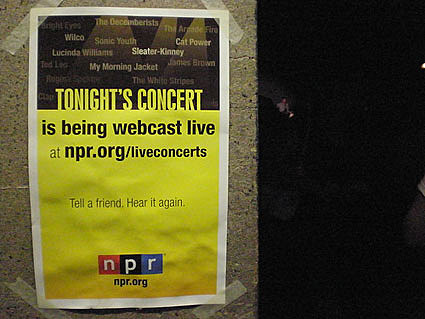 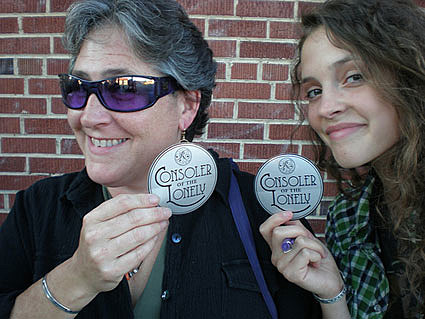 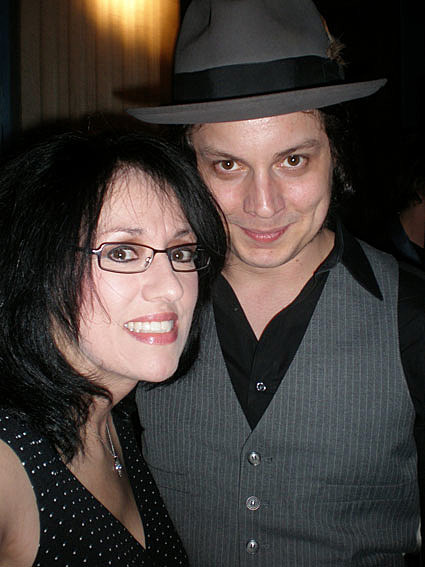 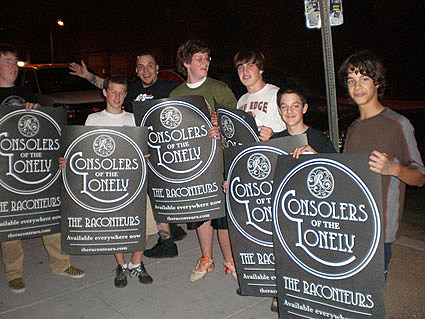 You can listen to the DC show at NPR (like the poster says).

You can see Black Lips tonight (Monday June 2, 2008) @ Maxwell's in Hoboken (and on Thursday in Brooklyn).