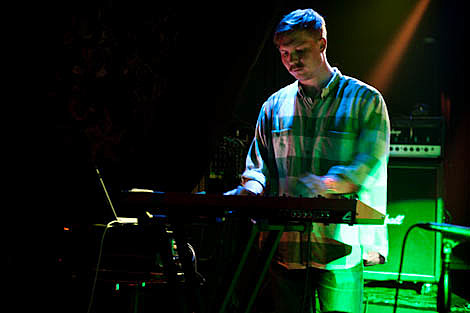 Enigmatic Swedes The Radio Dept. will be heading to NYC this fall for their first shows since the 2009 New York Popfest: they'll play Knitting Factory on November 30 and Bowery Ballroom on December 01. No on-sale dates yet but we'll keep you updated. These will also be the first American shows since releasing their acclaimed third album, Clinging to a Scheme, which came out on the Labrador label back in April.

The band will also be releasing a new EP around the same time titled Never Follow Suit. You can download the dub-infected title track (which is also on Clinging to a Scheme) at the top of this post. The EP also features a remix of that song, plus two new ones. By the way, if you missed out on the initial run of Clinging to a Scheme vinyl (it sold out almost immediately), it's been repressed on pretty sweet white vinyl and is still available. It really is a terrific record.

As for their live performances, I saw both performances they did at Popfest and thought they were pretty good:

Playing drummerless and with a lot less guitar pedals than I was expecting, the band recreated the hazy charm of songs like "1995" and especially "I Don't Like This" the latter of which is from their near-perfect This Past Week EP. The smoke machines and moody lighting kept things mysterious. It sort of reminded me of the Cocteau Twins, who didn't get a drummer till late in their existence. I do wish they'd worked up at least one song with one of the other Popfest bands' rhythm sections, and maybe played one song as a full band -- say, "Where the Damage Isn't Already Done" from Lesser Matters -- but the laptop percussion and bass sounded pretty good. And loud. You could feel those subfrequencies in your stomach.

A trio then,  recent concert footage on YouTube shows they've added a multi-instrumentalist to fill out their sound.

The band are promising to return to the U.S. for a more extensive North American tour in early 2011, but just those two dates at the moment. A few Radio Dept. videos are below... 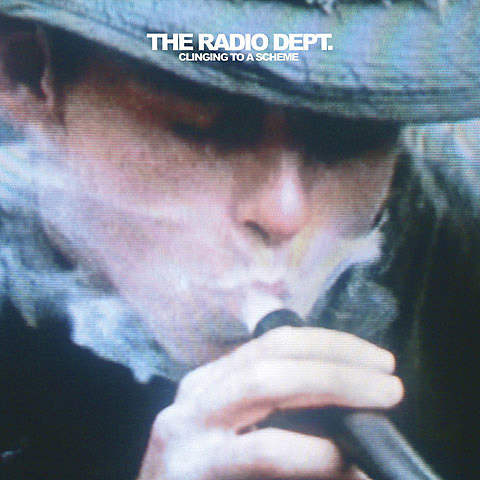 The Radio Dept. (interview) - Johan Duncanson reveals all (2010) from theradiodept.com on Vimeo.