The Rapture at CMJ 2011 (more by Bryan Bruchman) 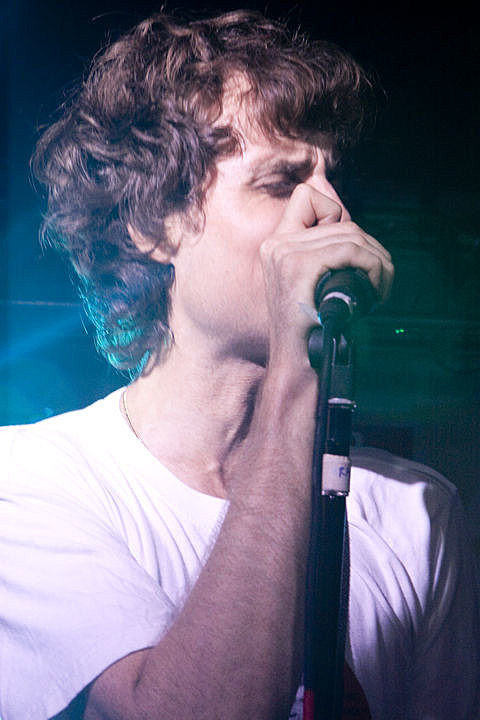 As mentioned, The Rapture are heading out on an international tour this month with the only US dates being the Coachellas in April. They've since added a few more US shows surrounding the festival including two in their hometown of NYC at Bowery Ballroom on April 6 and Music Hall of WIlliamsburg on April 7. Tickets for both shows go on sale Friday, 2/24 at noon with an AmEx presale beginning Wednesday (2/22) at noon. All currently known dates are listed below.

The Rapture head out to Japan at the end of the month, but before they do so, you can catch them TONIGHT (2/17) when they DJ the Museum of Natural History with Prefuse 73. Tickets for tonight's show are still available.

Filed Under: Rapture, The Rapture
Categories: Electronic Dance Music News, Music News, tour dates
Comments
Leave A Comment
Listen to Jarvis Cocker’s theme song for BBC series ‘This is Going to Hurt’
Wah Together (mems The Rapture, LCD, more) prep debut LP: stream “You Got The Blues”
Interview: ‘Meet Me in the Bathroom’ directors talk new 2000s NYC rock doc
Review: ‘Meet Me in the Bathroom’ documentary brings early ’00s NYC scene to life
Yard Act tell us about the inspirations behind their great debut LP ‘The Overload’ (stream it)
New book on Bloghouse out now, being discussed at Brooklyn event this weekend