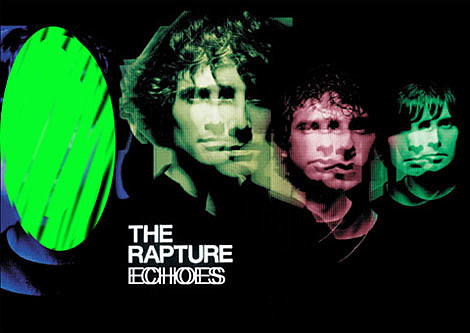 I've been meaning to catch you up on what' s been going on in Rapture world. First off, I'm sad to say that at the begining of April our buddy Mattie Safer decided to leave the band. We are sad to see him go but it seems it is the best for all of us. Since then Luke, Vito and I have been on a creative tear. We've been working out of our little Brooklyn make shift studio, writing, demoing and jamming. I'm pretty damn excited to share the fruits of our labor with you. But its still gonna be a minute before we hit the studio for real. On the other hand, I am very pleased to announce that the people of the great continent of Australia will be some of the first to hear some of our new material live, when we arrive late September for Parklife festival. In the meantime, keep an eye on this blog and another on your neighborhood dance party, who knows maybe we'll be spinnin'.

That message, which we previously posted, was originally blogged by the Rapture on July 14th. The Australian dates they reference kick-off on September 26th, but those down under won't be the first people to hear the new material live. That honor goes to NJ (and Baltimore). The show is September 11th at the Stone Pony. Golden Filter opens. Tickets are on sale. All dates below...

The Rapture - a trio 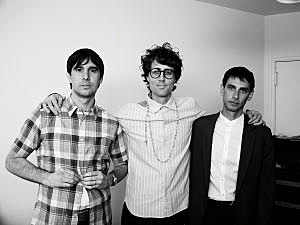