The Raveonettes at Scion Garage Fest (more by Taylor Keahey) 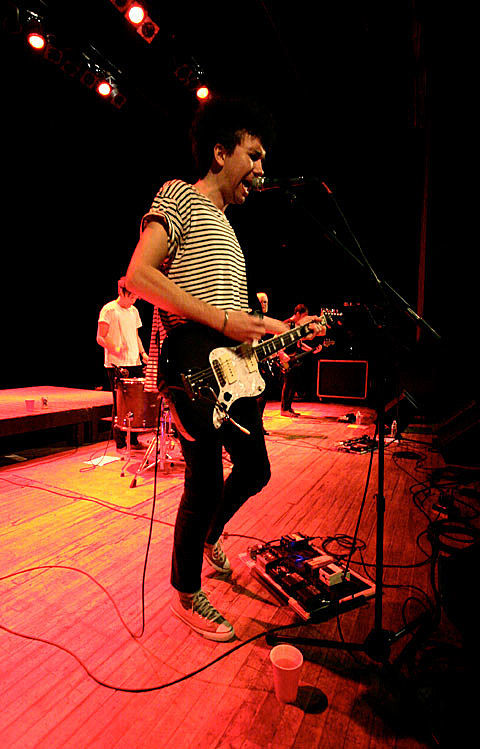 The Raveonettes will spend their New Years Eve in Los Angeles at The Standard Hollywoord with Autolux, and have already made plans for their NYC return in the New Year as part of a TBA tour with fellow fan of black clothing Tamaryn. The announced show takes place at Music Hall of Williamsburg on 4/20. Tickets are currently on AMEX presale and go on general sale Friday, 12/10 at noon.

Much like Light Asylum, Tamaryn was recently profiled in the NY Times for her fashion sense, and did a video interview with Fader (viewable below). Her new LP The Waves didn't make NME's favorite LPs of the year, but at least one writer at the publication thinks she deserves "Most Underrated".

Tour dates, and some video is below...

The Raveonettes - Attack Of The Ghost Riders

The Raveonettes - Love In A Trashcan