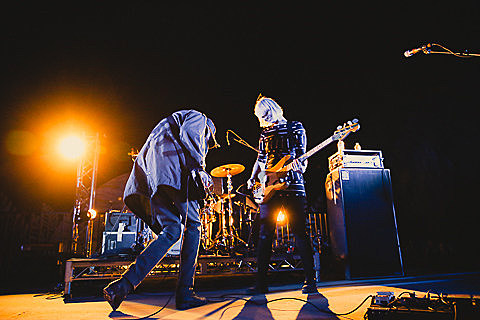 The Raveonettes, who just played the Desert Daze fest in The OC, are busy putting the finishing touches on their seventh album, due out later this year. We're likely to have more concrete news come fall, as the band have announced North American tour dates for September. Those include two in NYC at Music Hall of Williamsburg on September 29 & 30. Tickets for those MHOW shows go on sale Friday (5/16) at noon with an AmEx presale beginning Wednesday (5/14) at noon.

This will be the first album from the Danish duo since 2012's Observator. All dates are listed, along with the video for 2012 single "Recharge & Revolt" below...