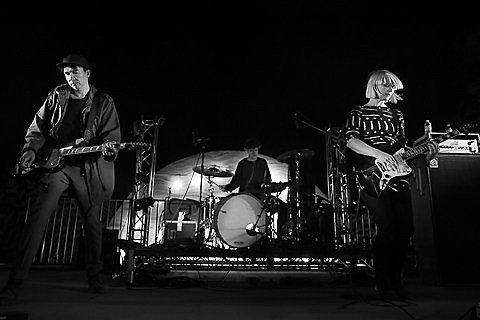 The Raveonettes did indeed release their new album, Pe'ahi, today (7/22) which is available in a variety of formats. The album was produced by Justin Meldal-Johnsen (M83's Hurry Up We're Dreaming) and the record is a little funkier (at least in the drum department) than we've heard Sune Rose Wagner and Sharin Foo dabble with before. The band have shared a second track from the album, opening cut "Endless Sleeper," which you can listen to below. The whole album can be streamed via Rdio.

As mentioned, The Raveonettes will be in NYC for two shows at MHOW in September. "Endless Sleeper" stream below...