Yo La Tengo played their first of eight sold out Hanukkah shows at Maxwell's last night (12/8) with opening sets by a reunited The Raybeats and comedian Emo Philips, and the mixtape made by Tom Scharpling (who was part of his own guest-filled event one night earlier). It was a benefit for the Fund to Rebuild Hoboken.

YLT took to their blog to recap the show, and of the openers, they wrote:

We've been seeing the Raybeats for so long that we remember when they were being billed as the Ex-Contortions (we also recall rotary phones, no-security airline check-in . . . stories? oh do we have stories!). Last night they did a too-short smorgasbord from their two lp's--can we cite the set's brevity to rationalize our not coming up with any photos of them? Perhaps, but how do we explain not wrangling drummer Don Christensen to reprise his impLOG version of Jewish songwriters Leiber and Stoller's "On Broadway"?

Am I right to suggest that local Emo Philips appearances are nearly as rare as those of the Raybeats? The jokes were coming so fast, it's difficult for me to pick a favorite. But I'll bet WFMU air personality Gaylord Fields would have no such problem: I could hear his dumbfounded laughter when Emo pulled off a punchline drawing the distinction between the Latin and Greek meanings of "homo." (I'm sure Gaylord will be only too happy to explain.)

You can read more HERE. WFMU DJ Jesse Jarnow has the setlist, which included two new songs, a cover of Richard Hell's "The Kid With the Replaceable Head" (featuring Jody Harris of the Raybeats on guitar) and a cover of The Monkees' "Take A Giant Step."

YLT continue their run tonight. Any guesses on who opens?

Full setlist and another pic from the show, below... 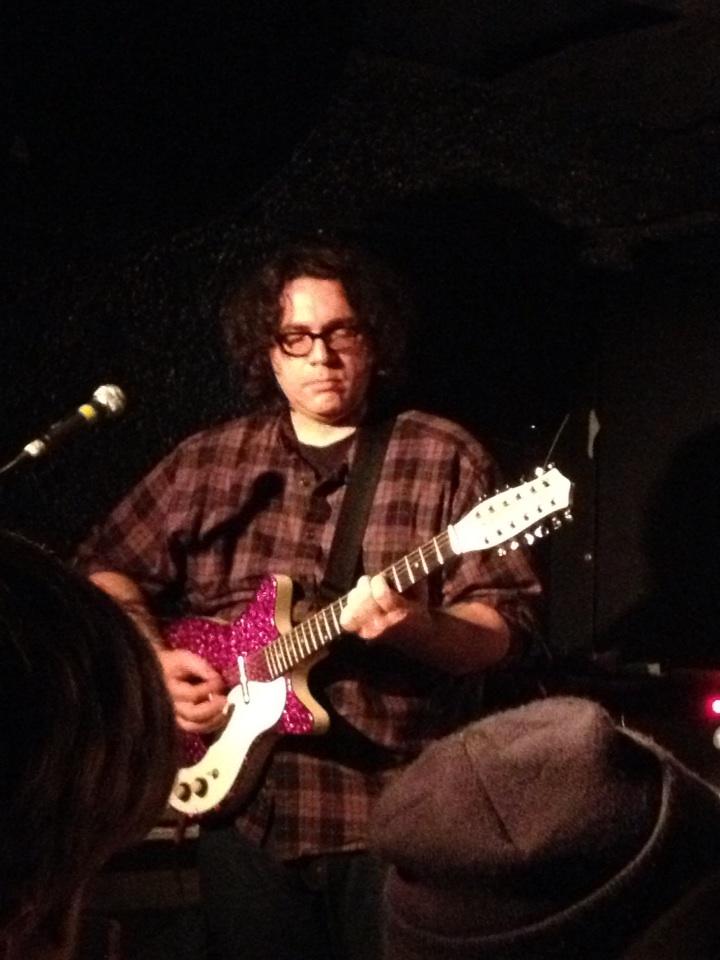