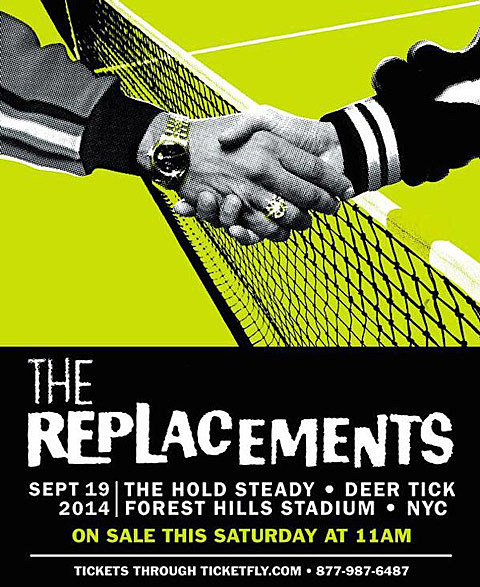 Ever since The Replacements first announced reunion gigs, we have wondered when is NYC going to get a show. Finally we know: September 19 at Forest Hills Stadium in Queens. The Hold Steady and Deer Tick (who are old pals, tourmates and huge Replacements fans). Tickets to that show go on sale Saturday (6/21) at 11 AM, and we're also giving away a pair. Details on how to enter to win, below.

Craig and Tad From Hold Steady cover the Replacements