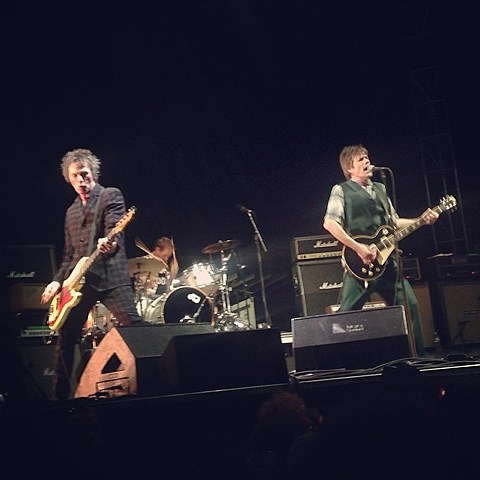 The Replacements' ongoing reunion tour hit Boston Calling yesterday (9/7) for a set filled with favorites like "Androgynous," "I Will Dare," "Can't Hardly Wait," "Bastards of Young," "Kiss Me On The Bus," "Color Me Impressed," "Takin a Ride," and more, plus a couple of the covers they've been doing (The Jackson 5's "I Want You Back," Chuck Berry's "Maybellene") and an encore of "Alex Chilton." Full setlist and a video, below.

The tour finally makes its way to NYC on September 19 at Forest Hills Tennis Stadium with The Hold Steady and Deer Tick. Tickets to that show are still available and we're also giving away a pair. Details on how to enter to win, with the update list of dates, video and setlist from Boston, below...