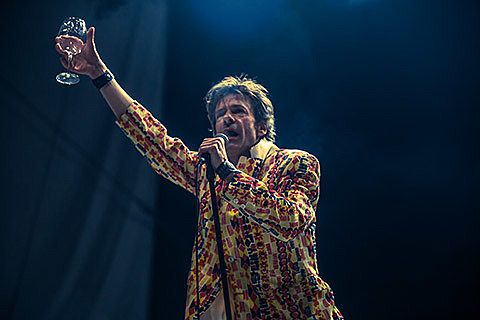 Photo: The Replacements in Forest Hills in September (more by PSquared)

Earlier this year, The Replacements said they would "likely" record a new album, and while we still haven't heard more info on that, the band did upload proof that they've been in the studio in the form of a 24-minute jazz jam called "Poke Me In My Cage." Listen below...