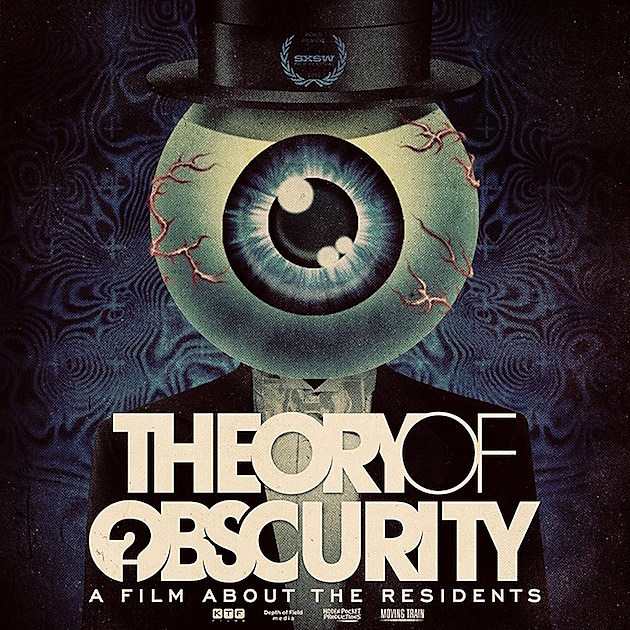 The Residents documentary, Theory of Obscurity, was just released on DVD and Blu-Ray. (Watch the trailer, below.) For fans who'd still like to see it on the big screen, The Residents will be showing it before concerts on their upcoming tour. The NYC date of the tour happens at Gramercy Theater on April 26. Tickets for that show go on sale Friday (1/29) at 10 AM with Live Nation and Music Geeks presale (password: musicgeeks) beginning Wednesday (1/27) at 10 AM.

The tour has been dubbed "Shadowland" and group spokesman Homer Flynn of The Cryptic Corporation talked with Echoes & Dust about what to expect:

his tour represents the end of The Residents 40th celebration. They decided to celebrate their 40th anniversary (which was really in 2012) with a trilogy of tours. The first tour was the Talking Light, the second one was The Wonder of Weird - which really corresponded with their anniversary - and then the third one which is Shadowland.

Talking Light was about ghosts and death, The Wonder of Weird was about sex and love, and this tour Shadowland is about birth, rebirth, reincarnation and near-death experiences. So if you sum those up, what you get is death and then sex and then birth. The tour is really meant to represent life in reverse, at least in the point of view of The Residents.

All "Shadowland" tour dates are listed below.