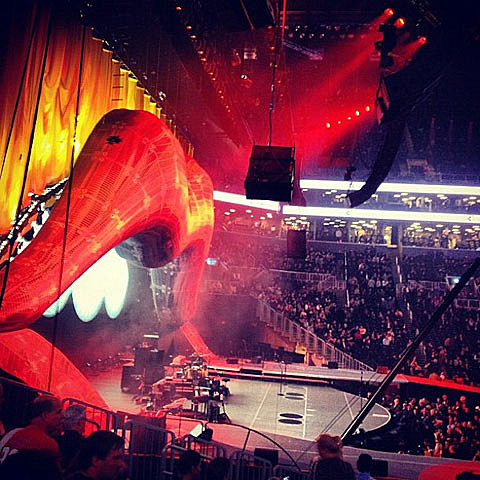 The Rolling Stones are playing Barclays Center in Brooklyn tonight (did you get a ticket?), and as wished/hoped/rumored, they were in fact added to the much-scalped Hurricane Sandy Benefit happening at Madison Square Garden on 12/12, a show that will be very "widely distributed"...

The producers of "12-12-12" announced today that the concert at Madison Square Garden on December 12, 2012, at 7:30 PM (ET) to aid the victims of Hurricane Sandy, will have unprecedented and historic global distribution, similar to that of the Superbowl, the Academy Awards®, and the Grammys®.

Further elevating this event to its historic levels of distribution is live streaming on the largest online video services in the world, including YouTube, AOL, Yahoo, Hulu, and others. Combined, these video streaming services reach over 1.4 billion monthly unique users worldwide.